We are a university college born of the Scottish Enlightenment. Everything we do is inspired by contemporary iterations of Scottish Enlightenment principles, including a commitment to social progress, a disposition for challenging authority that refuses to answer for itself, and an unwavering commitment to reason. We also remain committed to the principle that students can – and should – be trusted to self-govern, and recognise the centrality of fun in university life.

Another important source of ‘who we are’ is our core College values (see below).

When we look to the future through the lens of our values and history, we see a world in which members of the St Andrew’s College community play a vital role in leading the change that will guarantee a better tomorrow.

Realising our vision means providing students with access to the ultimate university experience: one that is fun, immersive and stimulating. We allow students to turn their backs on passive learning models by giving them an alternative: the opportunity to interact with great minds and solve problems collaboratively. Underpinning everything we do is trust; we continue to recognise that emerging adults cannot flourish unless the fences surrounding them are set wide. We develop adult relationships with our students and invite them to challenge us, ensuring that they leave College having had the opportunity to exercise their moral muscles and think deeply about civic responsibility.

Since 1867, we have been shaping leaders who shape the world. From the designer of the Sydney Harbour Bridge to Australia’s only (and the world’s first) President of the United Nations General Assembly, from Australia’s poet laureate to the discoverer of our origins as humans, from Australia’s first Rhodes scholar to our first Rugby World Cup-winning Wallaby captain, we have provided society with some of its most influential thinkers, creators, athletes and artists.

In a long-serving institution, values evolve as times change but retain a solid historic core. The ethical and intellectual base of St Andrew’s College came from the Scottish Enlightenment and the Presbyterian Church and was administered for 129 years by ten Principals who were Presbyterian ministers and by twelve Presbyterian Councillors, four of whom were ministers.

The weight of Reformed churchmanship was well expressed in the Latin motto Christo, Ecclesiae, Litteris. Like all good mottoes, this is full of meanings beyond the bald translation ‘for Christ, for the church, for scholarship’.  Christ, for example, is both the Jesus of History and the Christ of Faith.  When the College in 2014 enunciated its cardinal values, it chose to relate clusters of these values to the three elements of the 140-year-old motto.

College is aware that since 1998 its Principal no longer must be a minister and that, although Principal and Councillors must still be adherents of an appropriate Reformed Christian church, the students, who are the reason that College exists, reflect a much more eclectic society. From the genesis of St Andrew’s, students of non-Christian faiths or of no faith have been welcomed; the test which applies to the governing body has never applied to the students.

Accordingly, the three elements, Christo, Ecclesiae, Litteris, can be used to provide the structure of a set of College values only by subsuming, amplifying and transcending the Christological and ecclesiological debates among Christian scholars over two millennia.  The use of the motto as the framework for the values recognises the ethical strength of the College’s Presbyterian founders, but the values themselves recognise that the students of 2014 are far more diverse, not least in their religious outlook, than the first residents in 1876. 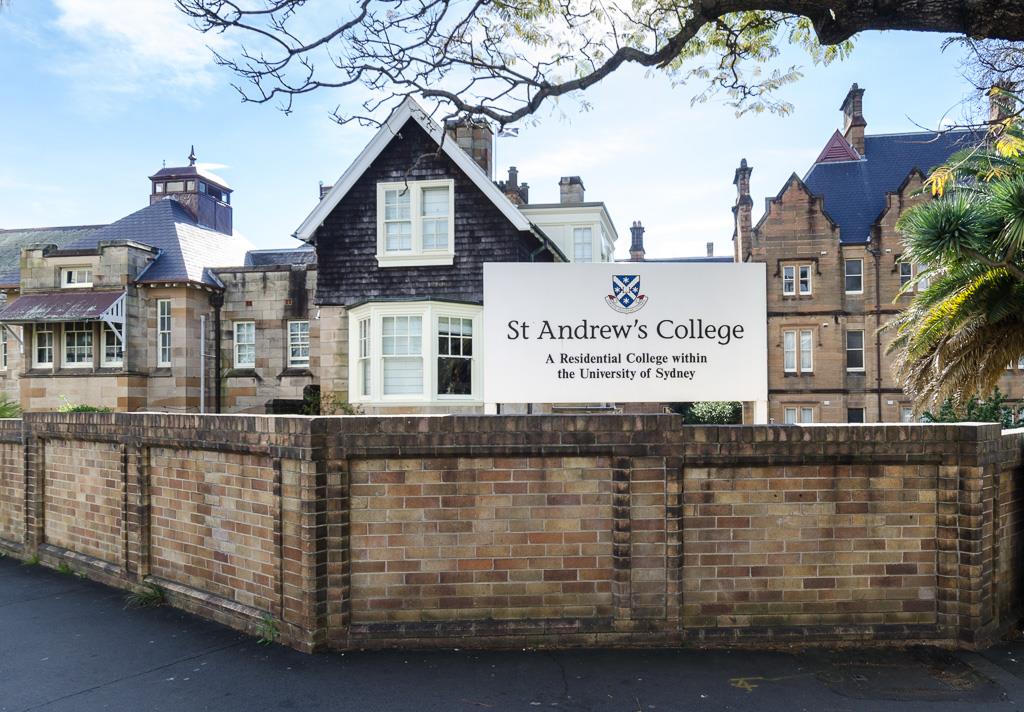