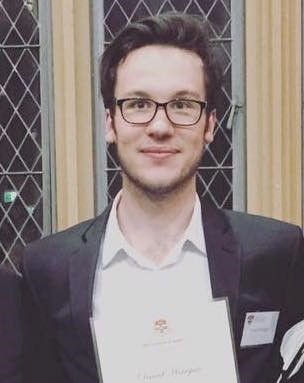 St Andrew’s College is delighted to congratulate Daniel Hanigan on being awarded the Bill and Melinda Gates Foundation Scholarship to read for a Doctor of Philosophy at Corpus Christi College, Cambridge University. The Gates Scholarship is one of the most distinguished scholarly funds and ranks alongside the Rhodes for Oxford and the Fulbright for the great universities of America. His thesis will analyse the Periplous (Circumnavigation) literature of ancient Greece and Rome. These texts about travel and geography have largely been either overlooked or maltreated. Daniel plans to contest the idea that these texts are sparse literary geographies of ancient coastlines. He will show instead that they varyingly comprise ethnographic records of coastal communities, philosophical attempts to capture in words the scope of the known world, geopolitical dossiers written at the behest of emperors, and more.

Daniel joined St Andrew’s College in 2017 as a Crane Research Scholar following a spectacular fourth year Honours thesis on theatre and autocracy in ancient Athens which earned him the University Medal. While in residence at St Andrew’s, Daniel wrote his Master of Philosophy thesis in the Classics and Ancient History Department of Sydney University under the supervision of Professor Eric Csapo and Associate Professor Julia Kindt. He chose the second century Christian apologist, Clement of Alexandria, as his muse and set to work on the range of cultural influences which shaped his theology. By a study of his treatment of etymology, Daniel was able to demonstrate the sophistication of Clement’s knowledge of the Classical canon and polytheistic religion. More than that, Daniel showed that Clement was deeply indebted to Greek philosophy and belief in his formulation of Christian apologetics. This thesis was received with uncommon praise from examiners and the Department alike. We eagerly anticipate its publication in what must be a significant monograph for both Hellenic and Christian scholarship.

As is so often the case for the intellectually restless, one thesis has not been enough for Daniel. He has been a research assistant on the Ancient Forgeries ARC Project, the Humanity of Man and the Animal in Ancient Greece ARC Project, and the Consumption of Ancient Elegies Project. He has also presented several papers in Australia and abroad, and been a Visiting Researcher with the British School at Athens, the American School of Classical Studies in Athens, and the Institute of Classical Studies in London. Daniel also teaches at the University and, in 2017, directed a performance of Aristophanes’ ‘The Clouds’ in Classical Greek.

In 2019, the College has been fortunate to have Daniel in residence as the Assistant Librarian. In this capacity, he has been re-cataloguing our various historic libraries, including books from Principal John Kinross, Professor Samuel Angus, and Professor R.N. Spann. These collections, containing may volumes in Greek and Latin going back to the early 1600s, have required the attention of someone with Daniel’s unique qualifications. Indeed, there have been many interesting resonances with his work as the Classics Research Administrator at the Centre for Classical and Near Eastern Studies of Australia.

Daniel has been an elevating influence in the Senior Common Room. In the spirit of collegiate conversation, Daniel is someone who embodies the student temper; that is, ‘the ability to play gracefully with ideas.’ His papers and seminars to the common room have romped through 2000 years of thought and held the listeners enthralled.

The College is excited for Daniel as he moves to Cambridge to put Sydney University’s motto, ‘Sidere mens eadem mutato’ (Same attitude, different latitude), to a stern test.