Blue & White is a bi-annual magazine produced by the Advancement & Marketing Team for the St Andrew’s College community. The magazine keeps our community updated on alumni and College news.

In honour of our Scottish heritage on which the College was founded, Blue & White is a reference to the St Andrew’s Cross – an Argent (white) saltire on the azure (blue) field – the College’s crest. In 1964, Principal Rev Alan Dougan applied for a Grant of Arms from the Lord Lyon King of Arms in Scotland. Our Grant of Arms describes the Ensigns Armorial as:

“Azure, a saltire engrailed Argent between four estoiles of six rays of the Second, and in the centre and open book proper, fore-edges and binding Gules.” 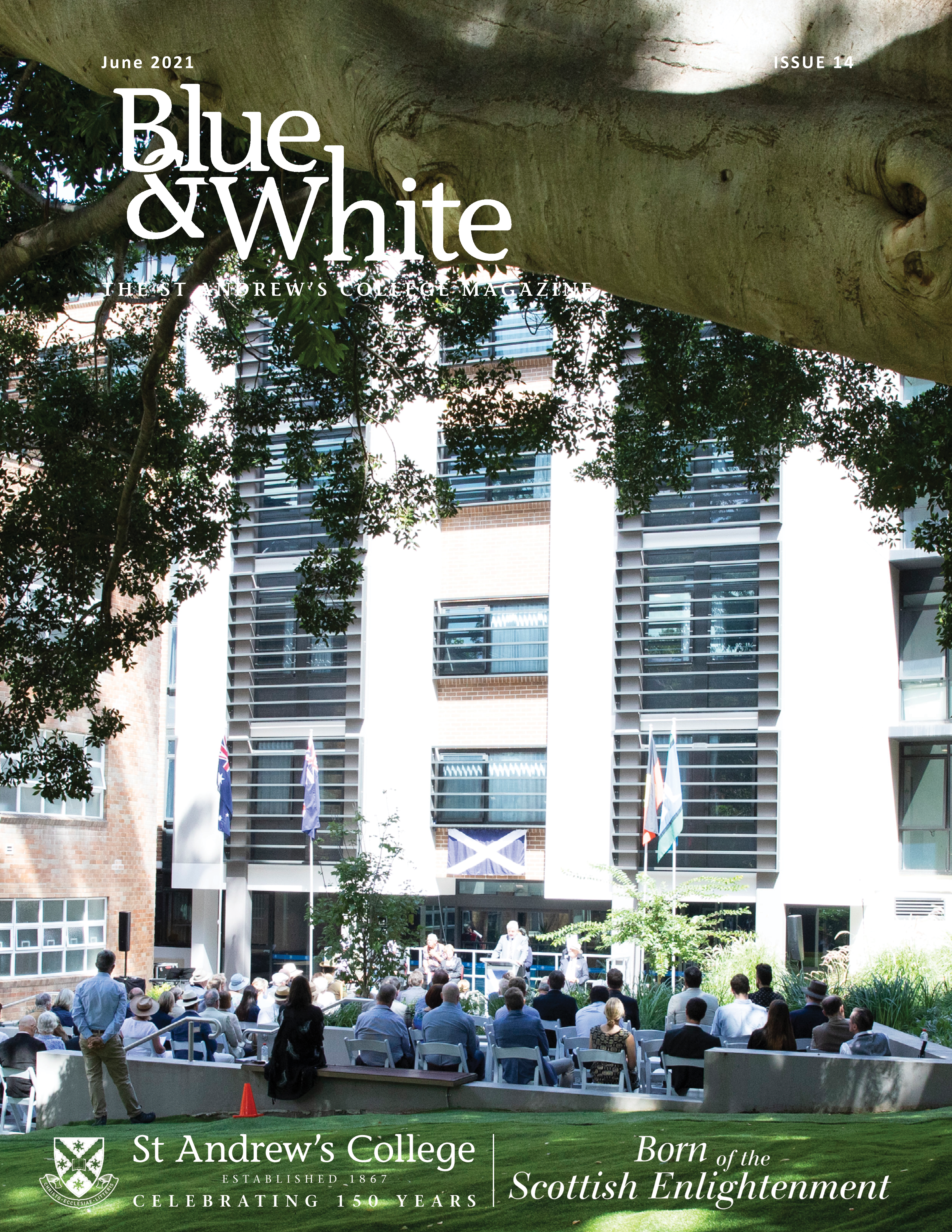 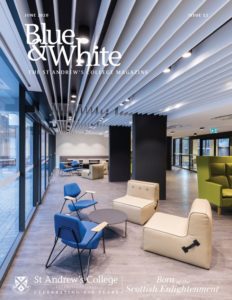 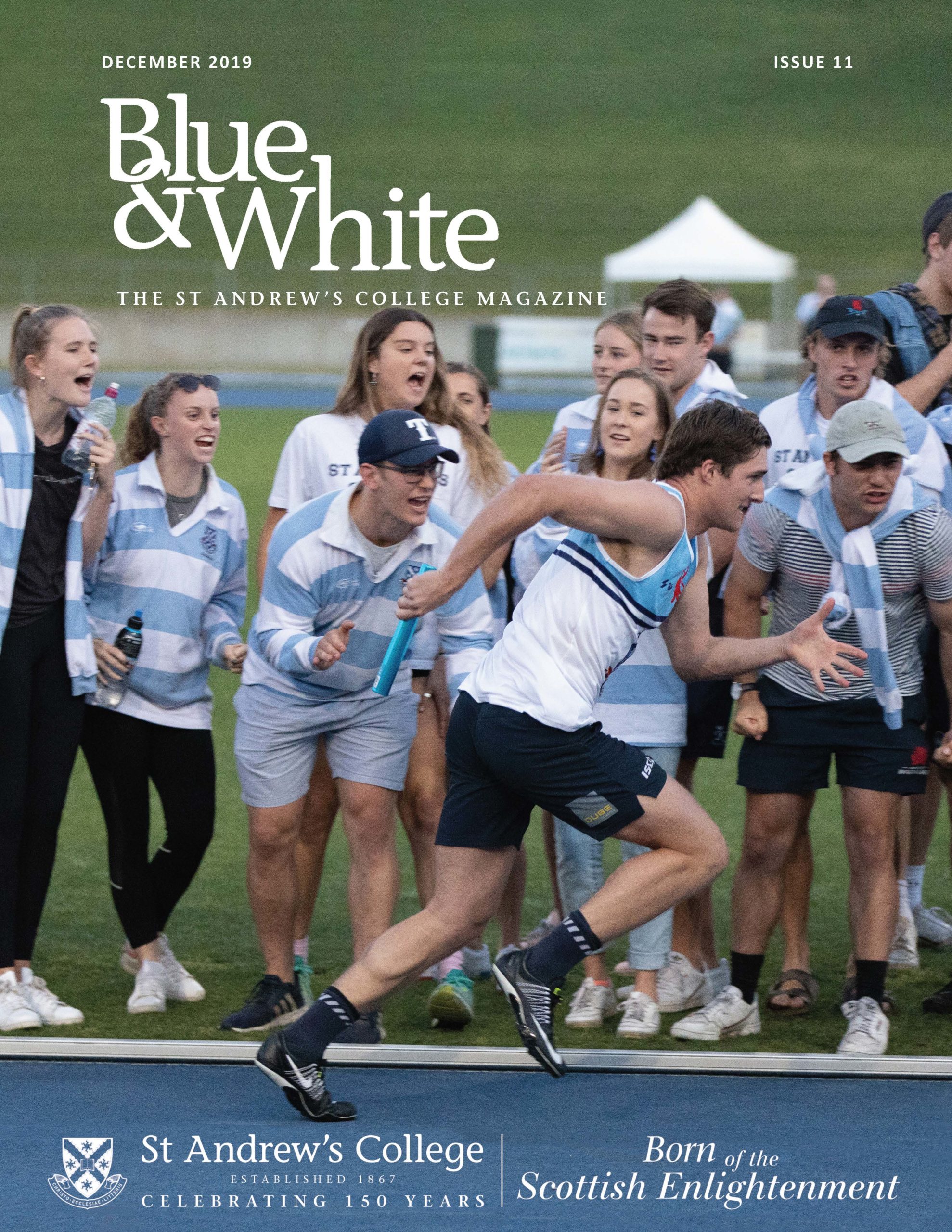 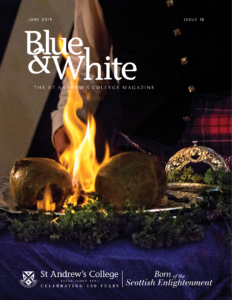