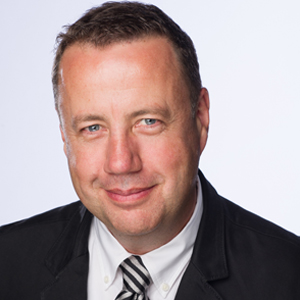 Where are you from originally? Gilgandra, NSW

What did you study and at which University? Bachelor of Economics at the University of Sydney. Executive MBA, Australian Graduate School of Management – sadly only the first year due to Sydney Olympic pressures on my time!

What are your best memories about College? The camaraderie, the inter-college rivalry/collegiality and of course Dramsoc and the fun times we had together.

What did you do at College and/or university that you are most proud of? Between the Andrew’s Dramsoc productions and the Law Revues, I was most proud of the productions we mounted and the truly collaborative teams that we built to deliver these shows. I was proud of the law revue scripts that I helped write, however these may be in danger of a rose-tinted hindsight view – I am not sure that they were actually THAT funny!

What have you been up to since you left College? My appetite for a life in the theatre was whetted at Sydney University and truly satiated since in a variety of organisations, including The Australian Opera, the Bell Shakespeare Company, Sydney Olympics, London Olympics, English National Ballet and the Raymond Gubbay Organisation in London. I have chosen to be behind the scenes for my career having realized at uni that my skills onstage are a little misplaced!

What are you doing now? What projects are you involved in? I have come back to Australia from London to run Opera Australia, our national opera company. I was tempted by the opportunity to contribute to Australian cultural life in a major way and am very proud of the range and quality of productions we mount in a year. I am particularly attached to our national regional touring program which takes opera to people across the country each year. When I visit the shows in remote and regional areas, the reaction from audiences is always so positive.

Would you say St Andrew’s helped build your life experiences and business career? St Andrew’s was a great way to begin my exploration into the world. In my days at Andrew’s and even more so now, culture had a prominent place and our achievements in that field sat alongside sporting and academic achievements as significant and important contributors to College life. Of course the contacts that one makes at College are important, however I place more stock in the opportunities that opened up to me at College and the positivity that has followed me through my career since.

If you had advice to give your 18 year old self, what would it be? I would suggest different apparel as a first step (!) and then seriously say to my 18 year old self that I should not be afraid of leaping into the abyss. College is the time to expand one’s horizons, understand life beyond one’s comfort zone and get involved. Lectures were the place where I learned the least at university – there was much more to learn about life from common rooms, bars and study groups. Getting involved is the key to greater preparedness for life.

Is there anything else you’d like to share/add? As a kid from the bush, life at College opened up a whole new world to me. I believe that growing up in the country is a wonderful environment in which to do this however there are bigger horizons. College was a nurturing environment of young people from all walks of life and I would encourage all College men and women to make the most of this wonderful confluence of people.