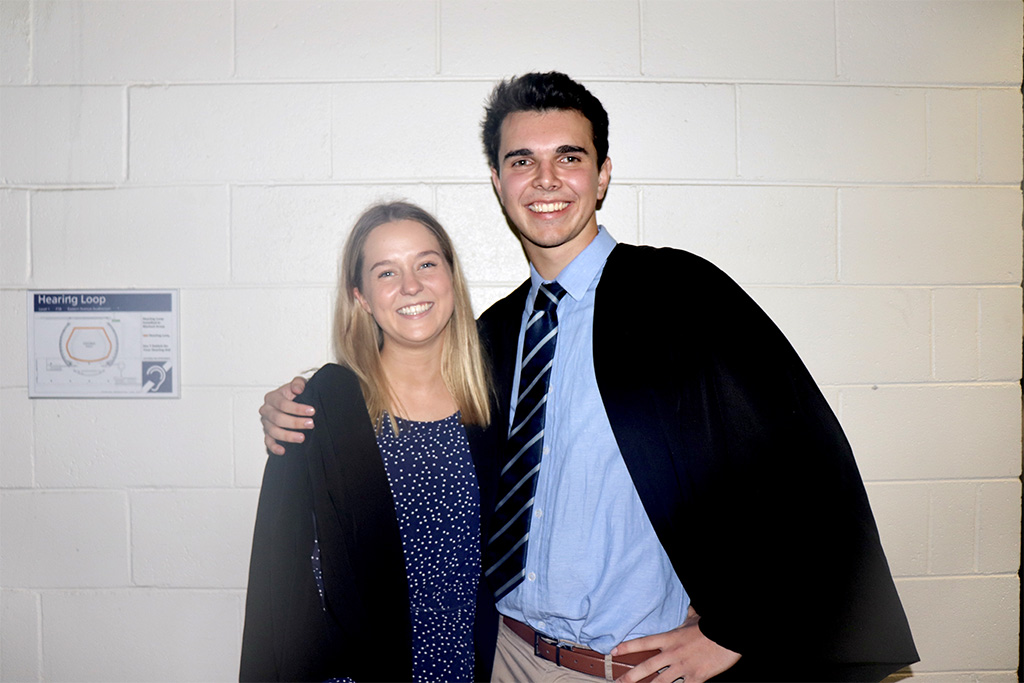 Tuesday night saw an empowering and thought-provoking showcase of artistic ability at the Oration competition for the Palladian Cup. The week prior to the event saw nine talented Drews students compete for the two spots in the Palladian Oration team. A panel of judges selected sophomores Sean Stuart (Fr 2018) and Caity O’Meara (Fresher 2018) to represent the College on the topic ‘#MeToo’.

The topic was anticipated to be difficult but as one of the judges put it, “difficult is good since our future leaders should be tackling the difficult topics.” And that’s exactly what they did. All of the speeches presented were hugely interesting and as well as this, so varied, ranging from the Me Too movement in China to Kanye West.

Our first speaker Sean focussed on the role of men in the Me Too Movement. Using a very clever metaphor about being invited to watch his boss’s son in a primary school play, Sean was able to point out the reality many women face in the workplace. He ended his speech by daring men to notice and speak up against that reality. Sean, himself, was a role model of that behaviour on the night, speaking up in an exquisite speech.

Caity took a different approach, speaking about the Me Too Movement not in Hollywood, but closer to home: in a university college community. Using another powerful metaphor about her cavoodle, who jumped on the couch as a puppy and was never told off because “puppies will be puppies”, Caity then highlighted this narrative within our colleges, and called out sexist college behaviours. She finished with a call to arms, urging college students to hold each other accountable and call out those sexist behaviours. It was a speech that sent goose bumps through the audience and deservedly took out second place.

Congratulations to both Sean and Caity for braving the crowd, and representing Drew’s fantastically. The College could not be prouder. Thank you to all the Androvians who came to support them on the night. We look forward to seeing a similar crowd at the next Palladian event (Solo Drama) on the 9th of May.