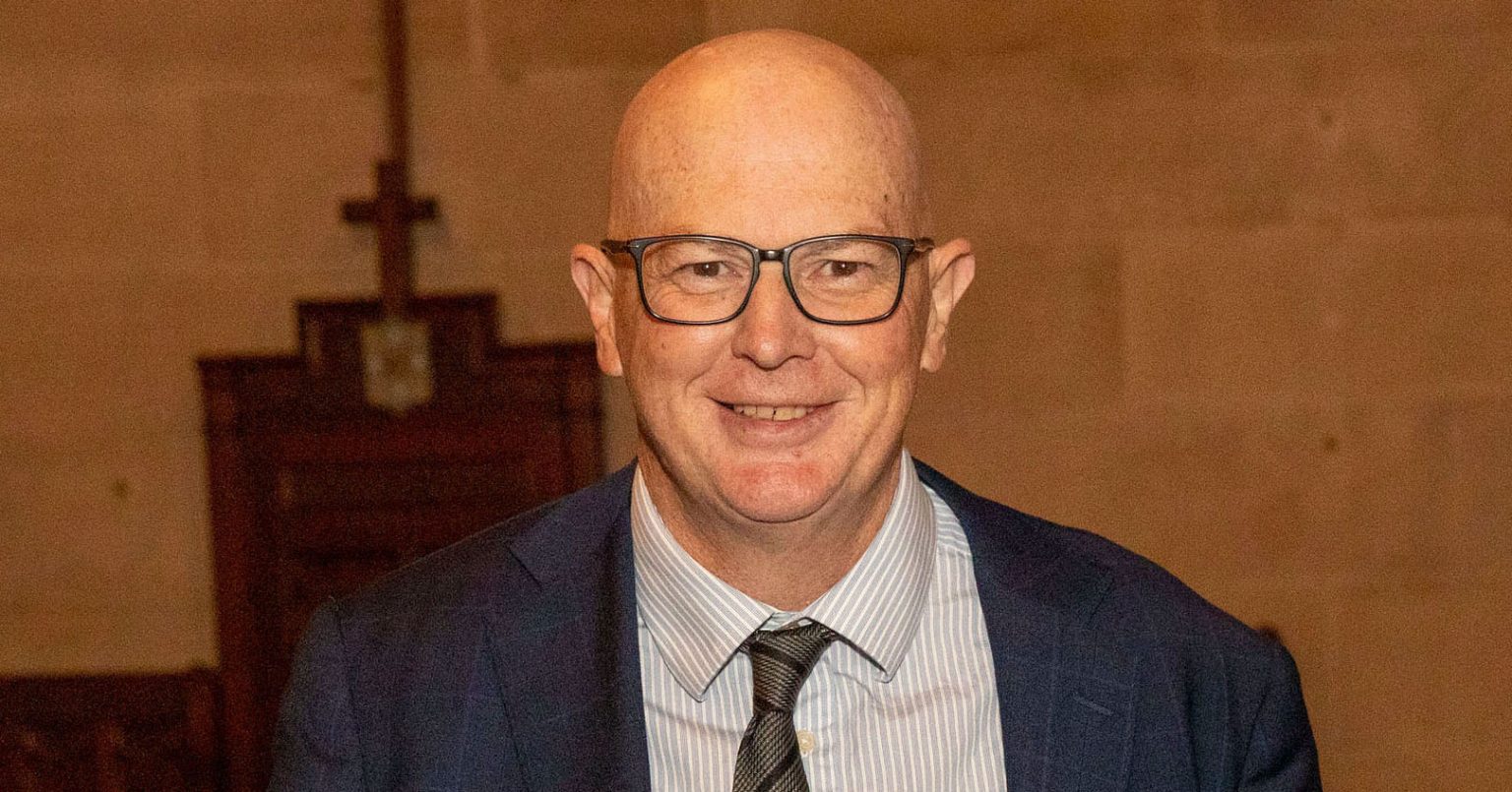 Glenn Kable (Fr 1981) is both a Firearms Solicitor with Hartmann & Associates and an internationally recognised Trap Shooter, having competed for Fiji at four Olympic Games. Glenn shares how he came to compete for Fiji, the preparation and advice he would give to other athletes and how he came to be in the very niche market of firearms law.

I grew up in the lower Blue Mountains, at a little place called Grose Vale on 50 acres.

My mother booked me for interviews at Drew’s and Paul’s. Drew’s was first and the Principal accepted me and I saw no reason for any further interviews.

What parts of college life were you involved in?

Mostly the sport, rugby, rowing and a little bit of athletics. I was also on the Formal and Informal sub committees, was on the House committee in my last year, and Professor of Physio-dynamics (Fresher Education).

What led you to start shooting as a sport and why did you choose to specialise in the trap event?

Both my father and uncle were heavily involved in the sport, and I spent much of my junior years travelling to clubs. Both specialised in the trap event.

Can you tell us a bit about how you came to compete for Fiji, rather than Australia?

I shot for Australia up to the 2000 Olympics, being a member of the 3-man team that won the World Championship in 1999. In the lead up to the Sydney Olympics I was in first place after the two selection events, ahead of Michael Diamond, yet was not selected in either of the two spots in my event, nor considered for a ‘wild card’ extra spot. Given my family’s long association with Fiji, and the time I had been spending there, I offered to establish the Shooting Association of Fiji, which was enthusiastically accepted, and they offered me a place on the next Olympic team, if I was to represent them. I accepted.

You have been to the Olympics 4 times and competed in various other competitions such as the World Championships, Commonwealth Games and Pacific Games. Could you tell us how you prepare for each of these events? Is there anything you do differently?

The more you participate in these events the more you adapt the preparation to bring about your best. Whether it is the experience gained through exposure, or from advice provided along the way, my preparation now is arrive early to an event, partake in enough practise to familiarise yourself with the prevailing conditions, such as background, weather, light conditions and equipment used (the throwing machines and targets). Be well rested and confident in your technique. Remove yourself from potential issues, so ensure that you have adequate ammunition, enroll early, ensure transport is sufficient, and that there is nothing that can distract you in the lead up.

Do you have any advice for your fellow Olympians heading to Tokyo later this year and aspiring Olympians?

Don’t be overawed by the ‘Show’, it is just another event. Follow the preparations from the previous question and take yourself out of harm’s way.

Do you think you’ll ever fully retire from your sport?

I don’t think so, I still have something to offer the sport, and it is a sport that does not have an age limit. There are plenty of competitors still going well into their 80’s.

You specialise in Firearms Law, which aligns very closely with your chosen Olympic sport. How did you balance your career with your sporting goals? Does your shooting knowledge and expertise assist you with your career and vice versa?

It is sometimes difficult, as full-time employment takes time away from practising and competing. My shooting knowledge certainly assists with my career, but not the other way, as my career does not assist my shooting.

Do you have any advice for students studying law?

I found a very niche market in an under-represented area of law, being a specialist in firearm law, which while an area of criminal law, focuses on the firearms laws across Australia, which is the second largest user of ammunition in the world, and therefore has a vast potential client base. I advertise in the Sporting Shooters Association of Australia magazine, which is distributed to about 200,000 firearm owners monthly, and hardly a day goes by without a new inquiry of some sort.

There is nothing specifically, I have a wide range of interests for all three, reading/watching/listening, and tend to jump around a bit. I am still drawn to sport, regardless of the type.

What do you like to do outside of work (besides shooting)?

Catching up with my old Drew’s mates! Which I do regularly, otherwise not much time for anything else. I am still on the world shooting circuit, have too much work and I have an 11 year old at Tudor House attempting to become a second generation Drew’s man (person).

Do you have any words of advice for young Androvians?

From what I have seen of the academic record of the current generation at College, they could probably provide words of advice to me… though, from a worldly experience point of view, my recollections from my College days were that I was struggling to find my rightful place in society. I was not sure law was the right fit for me, and I lacked the confidantes to be able to discuss this. For years I ambled through life building experiences, but was never really satisfied, that may have made me the competitor it did, but certainly delayed my participation towards finding financial security and stability.

Glenn has continued to be involved in College life, speaking at the 1867 Circle Lunch in 2020 alongside fellow athletes and more recently became a Highlander Club Member.