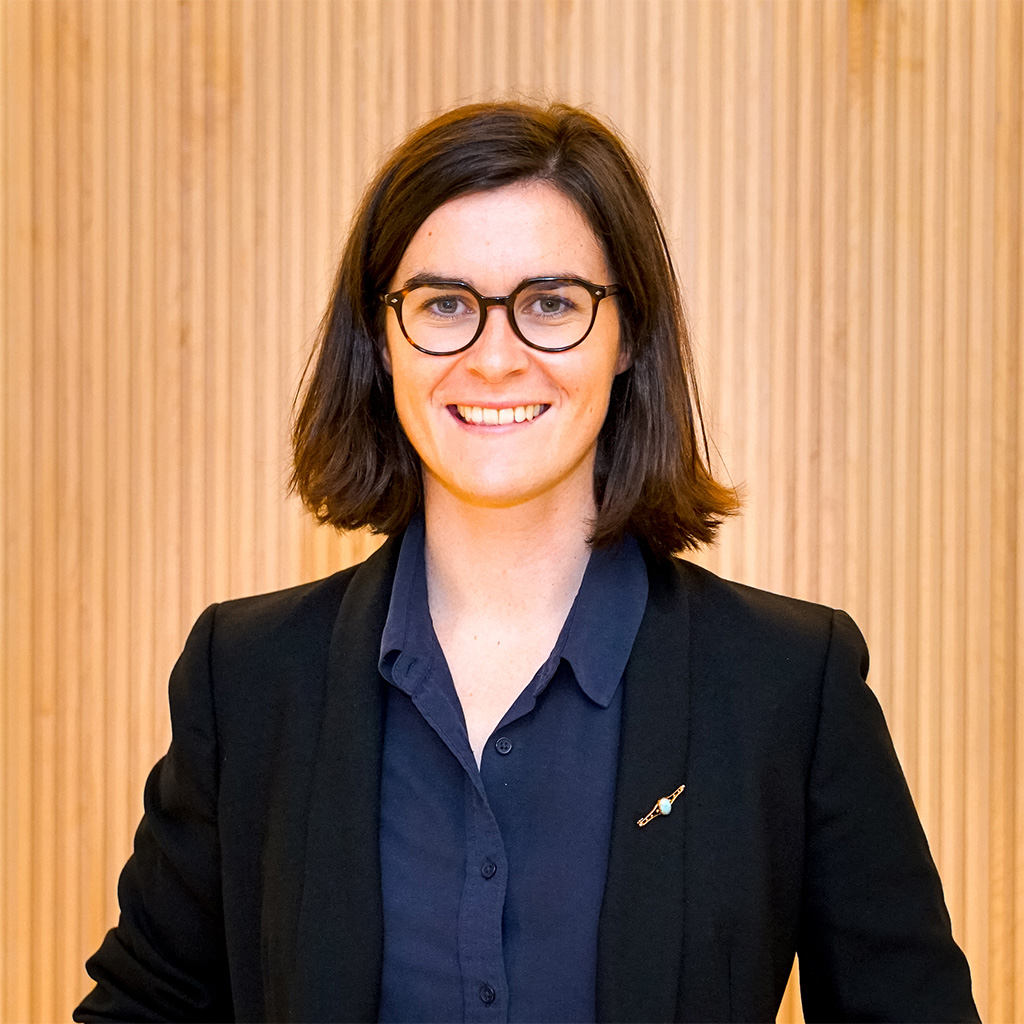 Never be ashamed of who you are. It took me a long time to be comfortable in my own skin, but owning your differences and learning to put aside what other people think is a really powerful thing.

Harriet Whyte is the Executive Officer at the Department of Premier and Cabinet (NSW). The Department is responsible for leading the NSW public sector to deliver on the Government’s commitments and priorities, particularly matters concerning regional NSW. She is also the NSW Director of Out for Australia – an independent volunteer organisation that advocates for greater inclusion of LGBTIQ+ people in Australian workplaces. Harriet has remained highly engaged with St Andrew’s College through her involvement in Careers Nights and recently with a Taylor Scholarship project responsible for aiding the LGBTIQ+ community.

Harriet grew up in Junee Reefs – a small town of less than 150 people and 60 kilometers north of Wagga Wagga. During high school she boarded at Abbotsleigh, an independent Anglican day and boarding school for girls, situated in the Upper North Shore of Sydney. Continuing her studies in Sydney, Harriet chose to reside at St Andrew’s College because she “wanted a uni experience that involved a sense of community, a supportive academic environment, social and sporting opportunities, all combined in a place to live.”

Whilst at St Andrew’s, Harriet was highly involved in college life being the Merchandise Secretary, the Victory Dinner Secretary and a member of the Father’s Day Committee. She was also a member of the Rosebowl Hockey team.

No one moment or part of college life stands out to me – the combination of all the different things that make up the experience is what makes it so memorable.

“I was always really interested in international affairs and global politics…[it] was a pathway to be curious about what was going on globally, and be able to interrogate why and how different actors were behaving in certain ways. I was really interested in American Studies as the United States is such a key actor in global politics. Their domestic politics, foreign policy and their sport, music, culture, and history all drive their behaviour and global discourse. Being able to understand the United States goes a long way towards being able to understand a lot on the global stage.”

After graduating, Harriet became the Program Coordinator and was then promoted to Program Associate at the United States Studies Centre at the University of Sydney. In this position she played a key role in urban policy development including; examining local finance mechanisms, housing affordability, smart cities and innovation ecosystems with a focus on how these concepts apply to Australian cities. In 2017, Harriet chose to further her studies to be “an attractive candidate to potential employers [and] differentiate myself and deepen my understanding of the policy process” by completing a Masters of Public Policy and Governance with Excellence at the UNSW.

After four years at the United States Studies Centre, Harriet moved to her current workplace, the Department of Premier and Cabinet (NSW). The Department “supports the Cabinet to achieve the Government’s vision for NSW, and ensures a whole-of-government and integrated approach to devising and implementing state-level policies and programs.” In her role, Harriet works closely with the Deputy Secretary responsible for developing policy solutions for regional NSW, the delivery of regional infrastructure grants, and overseeing the better coordinator of services to rural and remote communities. During the past two years, Harriet has been promoted from Assistant Policy Officer to Policy Officer to Senior Policy Officer and now Executive Officer – a true testament to her industriousness. Whilst at the Department of Premier and Cabinet (NSW), Harriet has gained experience in public transport and infrastructure, urban policy, strategies for land use and transport, affordable housing, arts and culture and sporting infrastructure. She has also worked on projects such as Sydney Metro, Light Rail and the Western Sydney Airport.

One of the best things about my role is getting to travel all across regional NSW to understand the issues and challenges for the people and places outside of Greater Sydney.

In addition to her public servant role, Harriet is also the NSW Director of Out for Australia – an independent volunteer organisation that advocates for greater inclusion of LGBTIQ+ people in Australian workplaces:

“We aim to bring the LGBTIQ+ community together, and to offer a supportive and nurturing environment in which people can network, build relationships and assist each other in their professional journeys. Our mission is to provide visible role models, mentors, and other support to aspiring LGBTIQ+ professionals and to strengthen the sense of community among professionals and students. We exist because despite improvements in LGBTIQ+ equality, young LGBTIQ+ professionals continue to face significant anxieties when entering the workplace, and are more likely than other age cohorts to hide an element of their LGBTIQ+ identity at work. I really enjoy volunteering for Out for Australia and find it extremely rewarding to mentor young professionals. Putting on events, creating a sense of community, and encouraging everyone to be proud and confident in being their selves in workplaces that celebrate diversity is so awesome and fulfilling.”

Furthermore, Harriet works with a Taylor Scholarship project responsible for aiding the LGBTIQ+ community at St Andrew’s College. She does this by assisting the students in executing initiatives and working with businesses to host LGBTIQ+ networking events for College members and the wider community.

Between work, travelling around regional NSW and volunteering for Out for Australia, Harriet enjoys playing hockey for the Bentstix – Sydney’s Gay and Lesbian Hockey Club – and recently proposed to her partner, Amanda (who said yes!).