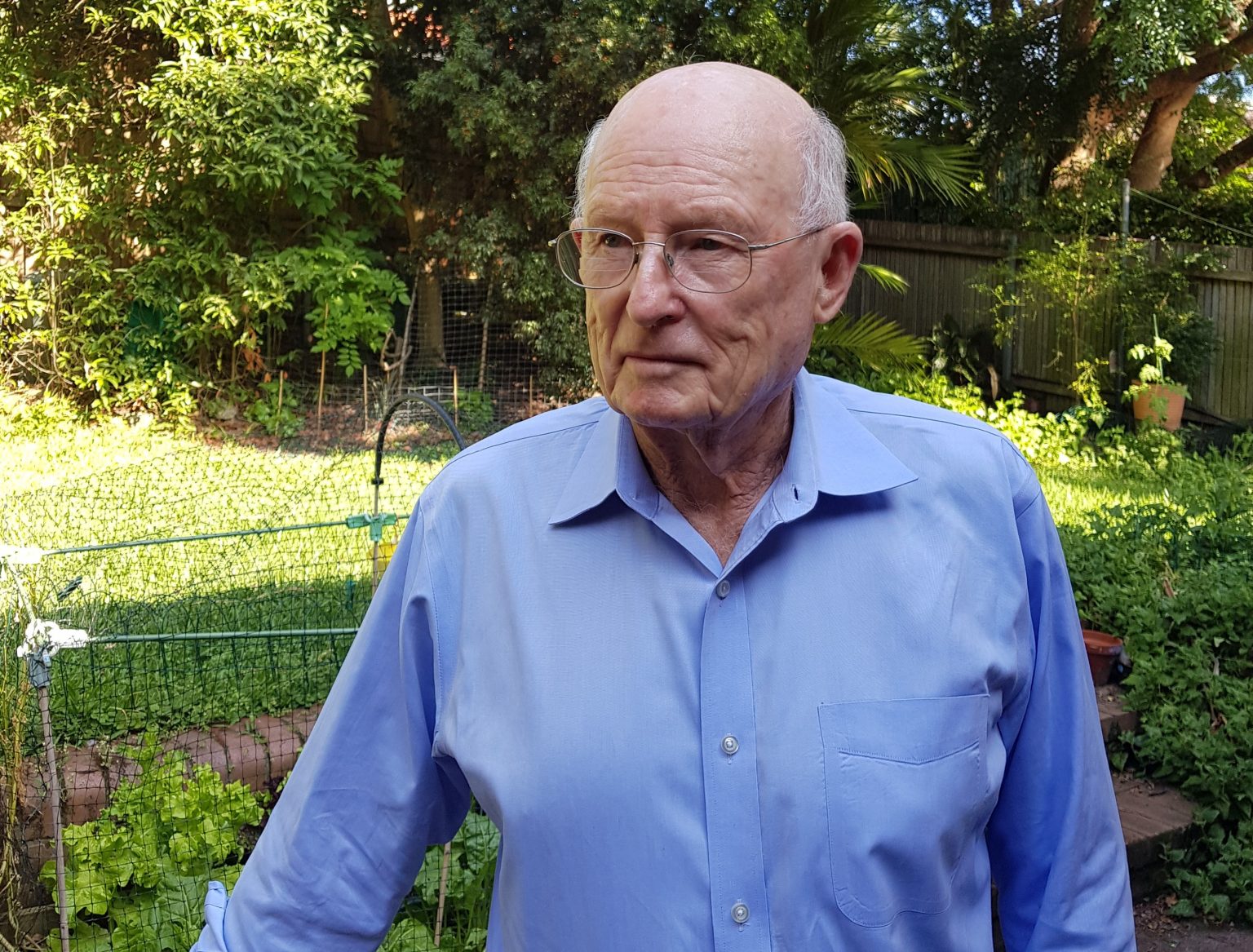 Jim Hawkins arrived at St Andrew’s College in 1961 while studying his Masters, one of just four postgraduate students during a time when they were new to the system, and the College had not quite worked out where to place them. Jim shares his fond memories of College, his love of sailing, and what drives his continued commitment to philanthropy.

In the 1960’s the Australian Universities Commission began encouraging postgraduate study, a move which led to Jim Hawkins deciding to do his Masters in Orthodontics. After spending his undergraduate years moving between faith based hostels, university halls and student flats, he made the move to St Andrew’s. The then-Principal Alan Dougan had been proactive about inviting postgraduate students to the College. Despite Colleges at the time having a reputation for partying over studying, Jim approached St Andrew’s to see if there was a spot for him, and as he says, “the rest is history”.

It wasn’t initially smooth sailing however, as it wasn’t made clear where the postgraduates sat in the College hierarchy. Seniority for students was based on how long you had been at St Andrew’s, and the postgraduate students were not initially recognised as senior members of the community. After 12 months, they were finally invited to join the Senior Common Room. “It was a bit tricky,” Jim recalls, “but the right thing to do. We fitted in better because of a similar age group, we had some of the best conversations when we were in the SCR and lifelong friendships were made”.

Now retired from orthodontics, Jim is still passionate about his profession and teaches part-time in the Faculty of Dentistry at the University of Sydney. He says that with the current trends in teaching, his advice to students is to become closer to their clinical instructors. “The clinical teaching of dentistry relies on private practitioners providing most of the instruction when students are working on patients. Students should get to know their instructors so they can become their mentors.” This is what Jim did to become a better student and graduate.

For this, he believes College really helped. “Getting a Master’s degree was challenging at the time, and College kept me in the academic environment.” But the College’s most important work, Jim says, is that it “brings a disparate group of students together and unites them for life”. Fresher groups remain strong, and he himself is still in touch with the friends he made in 1961.

While the strong social bonds remain the same, much has changed since Jim was at College. He recalls a very different Formal Dinner than the one held now. “It was a flat-out program. We arrived, stood, the Principal said Grace, we ate and thirty minutes later said final Grace.”

Jim believes that it was at one of these formal dinners that the College hosted the first woman to be invited to sit in the Dining Hall. He is almost correct – in the College’s first fifty years, women frequently dined in Hall as guests, but this was before living memory. The long hiatus in female company was indeed broken by Dame Pattie Menzies, wife of then-Prime Minister Robert Menzies. Menzies had actually been invited to open the Menzies Wing at John’s, but being Presbyterians, Alan Dougan invited them to Andrew’s for a Formal Luncheon. “It was a great coup,” Jim recalls.

He credits the College with building his confidence, and making him more socially adept. “You are quite naive when you graduate, but being put into a larger environment with people who had different educational and social backgrounds made you more comfortable in wider society.”

A keen sailor since he was a teenager, Jim volunteers at the Australian National Maritime Museum as a guide, and was a Foundation Member at its formation in 2010. As a guide, his interests are HMB Endeavour, and the HMAS’s Vampire, Onslow and Advance.

Jim’s philanthropy extends back to his College too. A long time benefactor of St Andrew’s, Jim has been a generous supporter of the College for 35 years. When asked what drives him to give to St Andrew’s, Jim simply says “to give something back to a place that gave me so much. I had a good time at College, and I want to give back.”