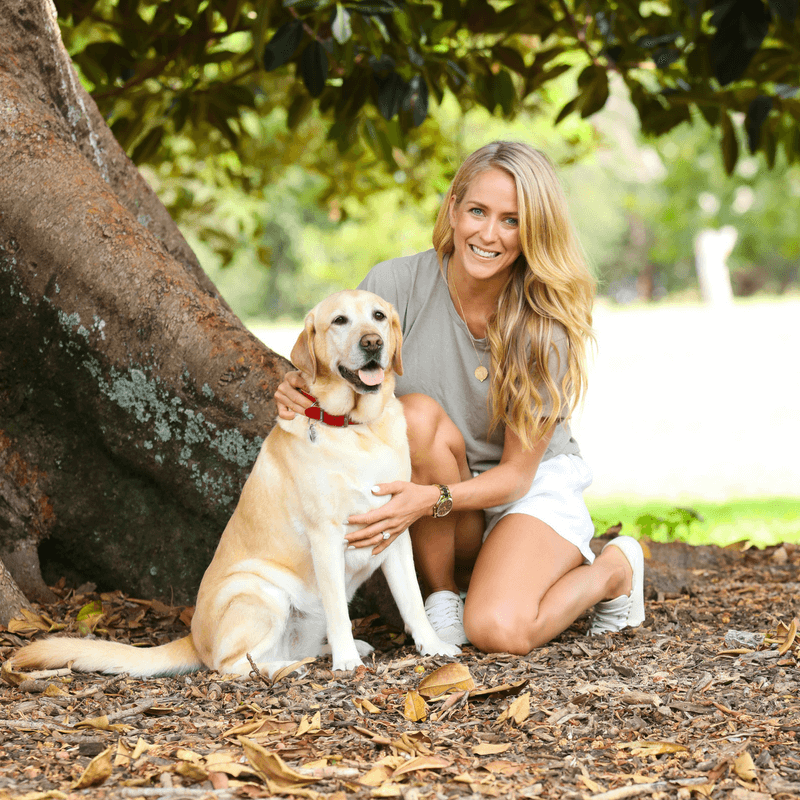 Dr Josie Gollan is a well-known vet from Sydney with almost 10 years of clinical experience and over 5 years of media experience. She is currently an Associate Veterinarian working at Animal Doctors and appears as a Media Veterinarian on television shows and writes for publications such as; Today, The Morning Show, Dog’s Life Magazine and Sporteluxe . Josie has remained highly engaged with the College and has attended Careers Nights in previous years as a panel guest/speaker.

Josie grew up in Sydney and attended Kincoppal-Rose Bay where she was a Prefect, Sports Captain and debating champion. She excelled in the classroom and on the sporting field, awarded numerous scholarships and awards, including; The Australian Wool Education Trust scholarship, the Premier’s Award for ‘all round excellence’ and the Pierre de Coubertin Award for ‘excellence in sporting achievement’. Ever since Josie was a child, she had a love for animals, which led her to study a Bachelor of Veterinary Science at the University of Sydney. St Andrew’s College had become co-residential five years before Josie attended, and this was a key factor in her decision to reside at the College:

After attending an all-girls school, when given the choice of college I immediately gravitated towards the mixed sex approach despite my older sister attending Women’s. With its strong academics and sporting prowess – Drews seemed the perfect choice.

Whilst at St Andrew’s, Josie was highly involved in Rosebowl sporting activities, representing the College in basketball, softball, tennis and athletics. Her favourite part about being at St Andrew’s was “making lifelong friends…O-Week [currently known as Welcome Week] and all the VDs [which] are still some of [her] best memories when reflecting on [her] time at college.”

She graduated from her veterinary degree in 2009 with First Class Honours, and her honours dissertation was considered for the Journal of Preventative Medicine. This placed Josie in a good position to the beginning of a fruitful career as a vet. She is grateful for her time at St Andrew’s College, stating that it “helped me to become a more well-rounded individual, teaching me to interact with a broad range of people from all different backgrounds”. The College continues to maintain a 50/50 ratio of male to female residents as well as achieving 50 per cent from rural and regional areas, 30 per cent from metropolitan Sydney, and 20 per cent from interstate/international areas.

After graduating from the University of Sydney, Josie travelled to South Africa and spent time with veterinarians from the University of Pretoria and the Moholoholo Wildlife Rehabilitation Centre. Upon her return to Australia, she moved to Melbourne and worked at The Melbourne Equine Veterinary Group attending to race horses. After moving back to Sydney, Josie continued in the field of horse racing, and still to this day, works with Racing NSW as a Regulatory Veterinarian. Not only does Josie possess an extensive knowledge of the equine industry – which secured her the title of ‘Official Race Day Veterinarian’ – she is also an avid horse-rider. In addition to her role at Racing NSW, she works full-time as an Associate Veterinarian at Animal Doctors in Surry Hills and has a special interest in soft tissue surgery and preventative medicine.

In addition to the hands-on aspect of animal science, Josie acts as a Media Veterinarian – appearing on multiple television shows such as; Today, Sunrise, The Morning Show, Magic Millions and Saturday Disney. She has written and contributed to articles for Trackside Magazine, Sporteluxe and Dog Life’s Magazine. Additionally, she is a brand ambassador for pet food K9 Natural and Feline Natural and is a highly sought-after keynote speaker at leading industry events, such as the Dog Lovers Show. Josie describes balancing her main career and her media engagements as a “challenge” because “in the media world things can be very last minute.” She explains further:

“It pays to be very organised, communicate well and always be polite to people as they are more likely to try and help you. You also have to be flexible and a little creative…I can’t tell you how many times the back room of the clinic has been used for hair and make-up before an event!”

When Josie is not busy improving animals’ health or appearing on television shows, she enjoys spending time outdoors and being active with her husband, fellow Androvian, Cameron Mostyn (a profile on Cameron can be read here) and their puppy Vizsla. Josie and Cameron also love to travel and recently spent four months exploring Central America. Furthermore, “to mix things up” she is close to completing a Masters in Human Nutrition.

Reflecting on the achievements in her life, Josie is proud of her tenacious work ethic, the amount of risks she’s taken and her openness to opportunities. She believes the accumulation of these attributes has led her to a well-accomplished life – something she wished her Fresher self had embraced more. Hence, Josie imparts the following advice onto current Androvians:

Enjoy college! Try not to stress too much about exams and treasure your years at uni….those long summer holidays will soon come to an end!