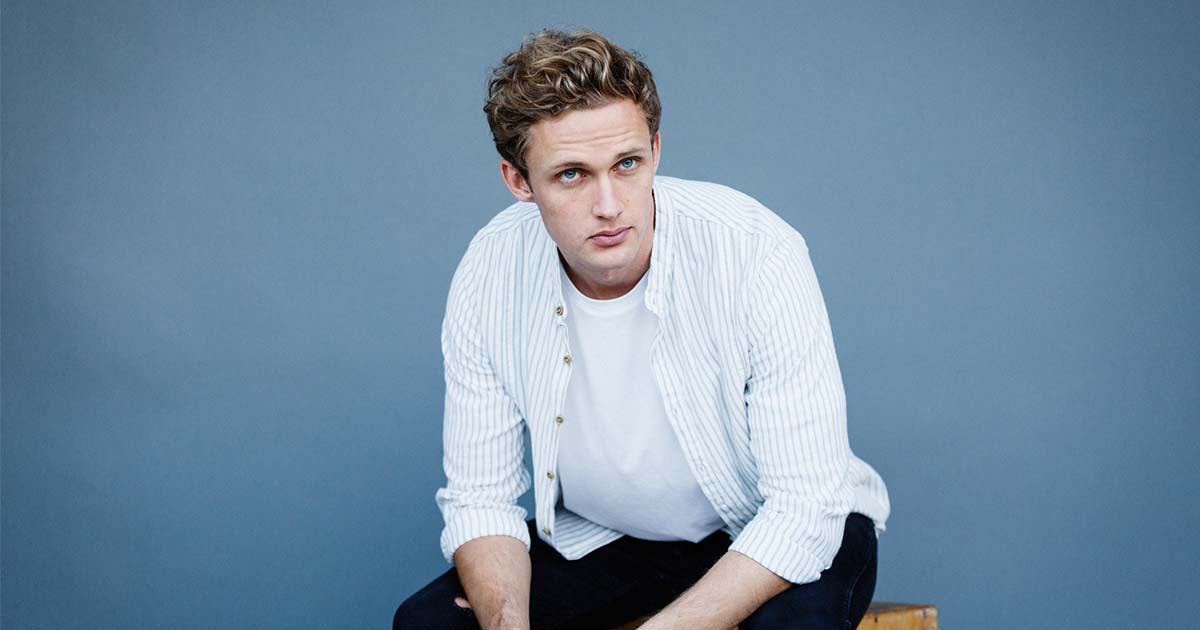 Degree: Bachelor of Arts majoring in Film and English from The University of Sydney

Lukas Whiting (Fr 2012) has gone on to pursue a career in the Arts and Entertainment Industry as an actor. He has worked on a variety of projects which include starring in several short films and TV series, featuring as a series regular in one of New Zealand’s most watched television shows and is currently exploring his path in writing and directing. We caught up with Lukas who shared what inspired him to pursue a career in acting and how he is managing during the pandemic with the industry impacted both positively and negatively. Read on to find out more.

I grew up in North Sydney before we moved to Canberra when I was 11. After finishing school I took the clichéd gap year to work and travel Europe then returned to Sydney for uni.

Naturally, after attending an all-boys high school, St Andrew’s stood out for being co-ed. But really, the idea of living alongside 300 like-minded students on such a beautiful campus with the uni at its doorstep was hard to turn down, and after meeting with Wayne my decision was cemented and I applied alongside a good schoolmate from Canberra. I didn’t make the initial cut and he did (no hard feelings, Wayne), but was fortunate enough to be taken on in the midyear intake.

I was involved in the Palladian Cup drama performances and also performed alongside some talented fellow Androvians in the DramSoc’s performance of Noises Off, which opened to (apparent, unofficial, rampant) rave reviews.

What led you to pursue a career in acting?

I discovered a love for it in year 8 during a performance of a skit I made up that had me dressed as an old lady answering the phone to another old lady. I was in awe that people actually laughed. It wasn’t until leaving school that I considered it a genuine career path, and then midway through my Arts degree when I decided to train part-time at a small acting studio in Redfern.

You secured a core role on New Zealand’s most watched television show, Shortland Street. Could you tell us a bit more about your time over in New Zealand and featuring on this TV show?

It was such an amazing experience. My dad is from New Zealand, so to be able to live and work where he once did at around the same age was very cool. There was a steep learning curve in the work itself as the show is (still, I hope) the fastest shot, single crewed TV show in the world, where one ‘take’ was commonplace, so it was essential to come prepared. The cast and crew were an absolute dream, the country exceedingly beautiful, and the friendships ones I’ll hold on to for life.

Did you feel any pressure around joining a television show that has been around for so many years (30 seasons to be exact!)? How did you prepare yourself for joining the show and your role in it?

I had never heard of the show at the time of auditioning so I managed to avoid the pressures that many Kiwi actors might have felt (considering the role was the son of the Kiwi equivalent of Home and Away’s Alf Stewart). I also luckily played an Australian, so my shocking New Zealand accent wasn’t needed. Preparation mainly involved making sure I was ready to hit the ground running considering the pace of the show. Whether it be working on fully fleshing out the character, workshopping the first months’ worth of scenes with my tutor or watching what I could to get a feel for the show’s tone and pitch.

Prior to moving to New Zealand, you were featured in a short film, Kill Your Sons. Are there any similarities or differences between shooting a short film vs a television show?

A big difference is the pace of shooting. Shortland Street is somewhat unique in that we would often shoot 25-plus minutes of screen time in a day, whereas a short or a feature may only be one to five minutes, sometimes less. There is often more room to explore or workshop different ideas with the director and other actors that is creatively exciting when doing a short, which we simply didn’t have the time for in New Zealand.

Are there any tasks or techniques you use to help prepare for an audition? What is this process like?

Auditioning is a skill in and of itself. The process is and should always be fun, but the pressures and incentives that accompany the audition process are dangerous in that they can sometimes hamper creativity. The process is really an opportunity to bring your own unique flavour to the character, to show how you could do it unlike anyone else. For me, training helped me to find my own step by step preparation process, which ultimately boils down to following my instincts while maintaining the technical do’s and don’ts essential to make it watchable.

We know that COVID-19 has had a huge impact on the Arts and Entertainment Industry. If you’re comfortable to do so, could you share with us how it’s affected your work?

So many creatives have obviously faced tough times recently, and I think I’m not alone when I say 2020 was a bit of a write-off. However, there are some amazing opportunities that have been surfacing in the TV/film industry here in Australia with a lot of US productions now finding a home in the relatively COVID-free Downunder, and I’ve been lucky to audition for some things I would have never seen the light of day of if it weren’t for COVID. It’s also been an opportunity to look into other creative outlets. I’ve written a couple of (probably very poor) short scripts and am hoping to direct something in the near future.

Do you have any advice for students looking to pursue a career in acting?

My advice would be to enjoy the grind. It can seem tough but the process is half the fun. And if it works out and you get paid to do it, it seems almost ludicrous. Also, especially since the pandemic, the days of being just an actor are gone. Writing and creating your own content for social media or whatever it may be is so accessible and can be a massive leg up to getting seen.

I just finished a brilliant but devastating book called A Little Life by Hanya Yanagihara, and I always recommend the beautifully shot TV show, The Beach – half cooking show, half meditation, by Aboriginal filmmaker, Warwick Thornton. Oh, and Inside by Bo Burnham on Netflix, that man’s a genius.

What do you like to do outside of work?

I’ve been enjoying working out a lot more these days as it helps to clear the head in these crazy times. I’m also a big (but slow) reader. Oh, and baths, how good are baths.

Do you have any general words of advice for young Androvians?

Enjoy it! College is such a great experience that you don’t truly appreciate until you’ve left. Get amongst it and make friends, they’ll be some of your best.