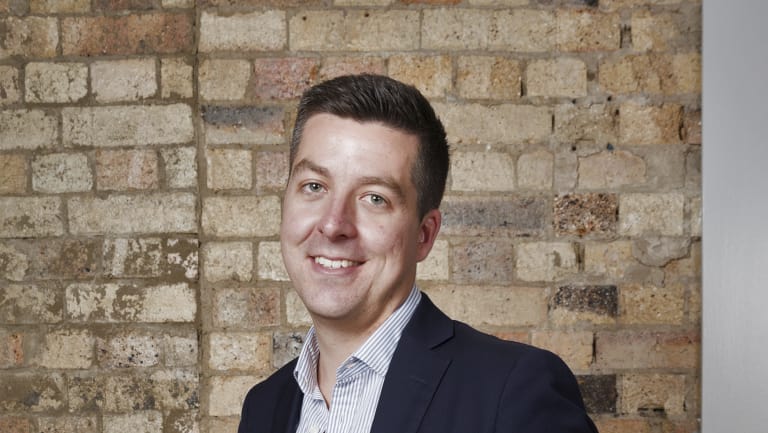 Luke Achterstraat (Fr 2007) is the CEO & Co-founder of Commtract in Sydney. Luke came to visit the College in January 2019 and praised St Andrew’s for its positive progression on the treatment of women. He particularly noticed this development following his sister’s, Amelia Achterstraat (Fr 2013), attendance at St Andrew’s a few years after him.

Luke was born in Albury and grew up in the Northern suburbs of Sydney, graduating high school from Barker College. Luke’s parents met in college at Australian National University and encouraged both their children to attend a college whilst at university. Luke chose to reside at St Andrew’s because he “felt like [he] belonged here after touring the other colleges”. He was impressed by the progressive nature of St Andrew’s and described William Porges (former Principal) as “the loveliest man” who even remembered people’s birthdays. Overall, Luke summarises his collegiate experience as a “compelling offer that enriches the ‘usual’ university experience”.

Whilst at St Andrew’s, Luke studied a Bachelor of Economics (later completing a Masters of Management (CEMS)) at the University of Sydney. He was involved in the Palladian Debating team (fourth speaker), was a member of the Rawson Cricket team and frequently played the guitar at Jam Nights. His favourite part about being at St Andrew’s was:

“Without a doubt the sense of community that comes from living alongside wonderful and interesting people. It might sound like a cliché, but making lifelong friends from as far and wide as China, South Africa and Europe is something I value highly. St Andrew’s is a melting pot of interesting people who all want to get the most out of life. That in itself is enough to challenge and provoke you to try new things.”

Luke went on further to say that he believed St Andrew’s provides residents with “the support structures required in terms of academic and co-curricular advancement. More importantly, there are people to bounce ideas around with and get practical advice from. There were plenty of role models that made me realise my goals were a lot more achievable than originally thought.”

Upon the completion of his studies, Luke was en route to a political career working as an adviser to former Trade Minister Andrew Robb AO. When Andrew’s term ended, Luke contacted his friend Pete McConnell (former Director of Corporate & Public Affairs at Woolworths Limited) for career advice. Pete convinced Luke to join him in a business venture and together they launched Commtract, Australia’s first online marketplace for freelance communications professionals. Established in 2016, Commtract has been described as the “Uber” of PR. It allows businesses to find short-term communications professionals for specific or niche project. Commtract launched into the marketplace in January 2017 and in its first full year turned over more than $5 million in communications opportunities, vetting over 1,800 communications professionals ranging from media advisers to freelance journalists. Furthermore, the company has over 400 clients including seven of the ASX top ten listed companies. Luke says many of the consultants available through Commtract are senior professionals in the industry seeking more control of their workload. Luke says he is very proud of co-founding Commtract, with 12 staff operating in Australia and New Zealand; he says “it’s very rewarding to work with senior communications professionals and help them achieve their goals.”

Eight years on from leaving St Andrew’s, Luke says his biggest accomplishment in life has been marrying his wife, Emma. When Luke’s not busy running his business, he spends most of his time sitting on Manly Beach drinking coffee, reading the weekend paper or listening to news radio and “pretending [he] still works in politics”.

“It truly is a privilege to be at St Andrew’s and you (ideally) only get to do it once! Don’t be afraid to try something new and get to know different people. As Michael Jordan said, you miss 100% of the shots you don’t take.”