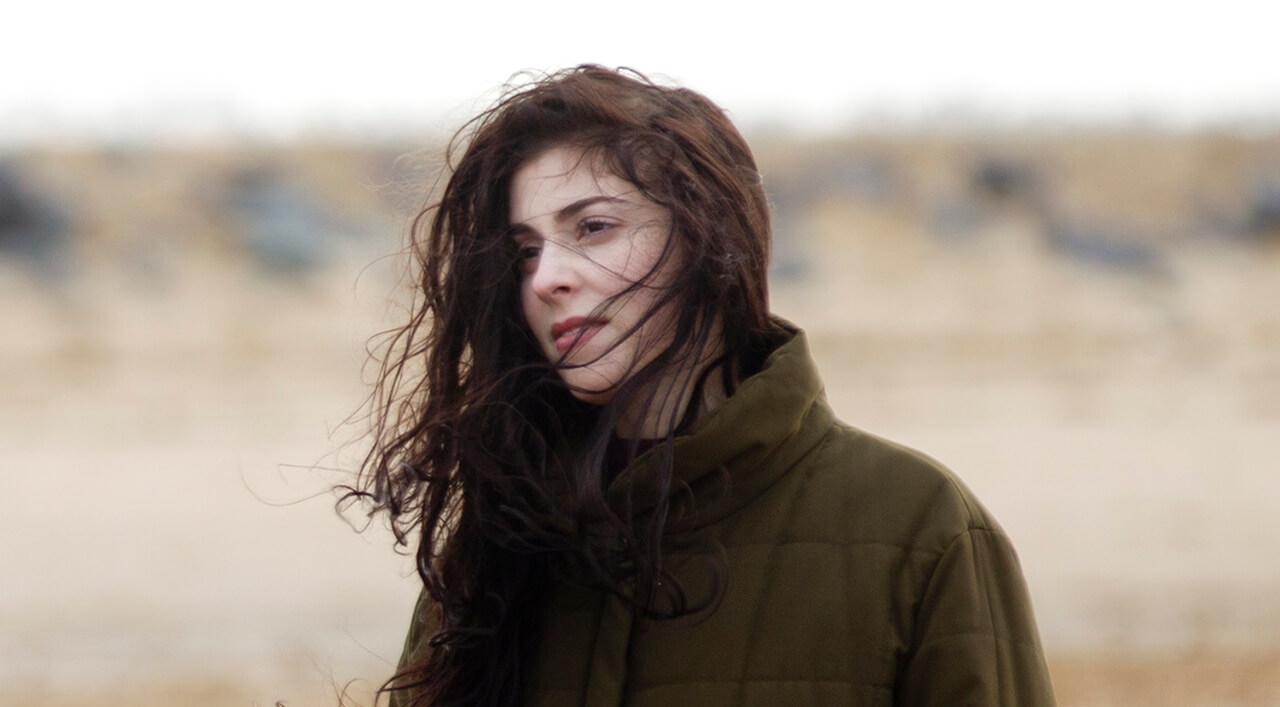 Melissa-Kelly (Fr 2006) is an independent writer / director in film and theatre. Melissa-Kelly’s latest short film ‘Only the Lonely’ recently premiered at Melbourne Short Film Festival, where it was nominated for Best Short Film and received a special mention. Melissa-Kelly was also Artist in Residence at the Bathway Theatre, Greenwich, while undertaking research and development for her play ‘We’ll Dance on the Ash of the Apocalypse’. The play has subsequently been shortlisted for the National Theatre of Iceland’s 2021 Season. Melissa-Kelly shared with us what her time at College was like, what a day in her life looks like and her words of advice to young Androvians who are interested in writing or directing.

Where did you grow up? I was born in Alice Springs, then my parents moved around a few times before settling down in Maitland when my sisters and I were school age. I grew up there, then moved to Sydney for uni.

Why did you choose to reside at St Andrew’s College? I knew I wanted to study at the University of Sydney, and that would mean moving out of home.  I had a friend at the Women’s College, and my school friend’s sister was at Andrew’s, so I was aware that there were colleges on campus. I chose Andrew’s for a combination of reasons; I fell in love with the atmosphere when I first visited, and I loved the idea joining a community of students from all over the country.

How did residing at St Andrew’s College help you achieve your goals? I would never have been able to live and study in Sydney without the generous scholarships available at St Andrew’s, so I’ll always be very grateful for the opportunities that support gave me.

What parts of College life were you involved in? I was involved in a lot of the cultural side of College life; Dramsoc, the Palladian Cup and the music program. I was Director of Music for a time, which I also really enjoyed. One of the highlights was bringing people together for the vocal ensemble event at the Palladian Cup. Rugby players, debaters, cricketers, tutors – students from all areas of college life would join to form the largest choir of all the colleges. It was not only great fun, but also really lovely to see such a diverse mix of students come together to make music!

What was your favourite part about being at St Andrew’s? I would have to say the friendships I made while I was there. I met some of my dearest friends while we were at College. We’re still incredibly close and catch up regularly, despite being in different parts of the world.  I also met the love of my life at College; we recently celebrated our twelve-year anniversary!

What made you decide to go in to writing / directing? It’s difficult to pinpoint a moment when I made the decision, because I’ve been involved in storytelling in some form since I was quite young. My love of stories is the reason why I studied English and History at university. I think it wasn’t until I finished my degree and moved to London that I really started taking my first steps towards a career in film and theatre-making. Sometimes leaving places that you’re comfortable in is the perfect catalyst!

What is your favourite thing about what you do? Are there any things you don’t like?
One of the things I really love is the moment that comes after I’ve been wrestling with an idea or a story for a while, and something suddenly clicks into place and the way to approach it becomes clear. It usually happens in the middle of the night, or very early in the morning.  I always have a notebook by my bed to jot ideas down, and just hope I can read my writing in the morning!

I wouldn’t say there is anything in particular that don’t like about what I do, but there are definitely moments that are more challenging than others. The night before a film shoot or taking those last steps towards wrapping on post-production are some of the toughest on a project – but the experience of working with a group of talented people to create something you all care about makes struggling through those challenges worth it. I’ve heard some directors liken finishing a film to childbirth – there’s a lot of blood, sweat and tears involved, but once it’s all over something clicks in your brain and you forget the pain and are ready to do it all again!

What does a day in your life look like? That really depends on the time of year. I’m an associate lecturer at the University of Greenwich, and teach English there periodically throughout the academic year, so when I’m doing that, I’m often juggling my own projects as well. The times I’m not lecturing, my days would vary depending on whether I’m writing a script, rehearsing a play, or prepping for a shoot. Sometimes I’ll be working with actors on character development or discussing mood boards and visual style with my cinematographer or production designer. If I’m writing, it’s very much solo; writing from home or in a café. The variety is one of the things I love about what I do – no two days are the same. All of them involve a morning coffee though!

What is your favourite city you have lived in and why? I’ve been lucky enough to live in a few different cities in Europe and the UK, but London tops the list. I love the rich cultural life here, and the diversity of people and places – London feels like a city with many personalities. I love the gritty character of Soho, the quirky spirit of Neal’s Yard, and the quiet beauty of Greenwich – and of course, all the galleries, museums and theatres.

What has been your biggest accomplishment so far – career or otherwise? The first public performance of my play ‘We’ll Dance on the Ash of the Apocalypse’ here in London. It’s about climate change, so already felt quite emotionally charged for me (as the issue is for many people), so to see it realised on stage for the first time was quite a profound moment. It’s since been shortlisted for the National Theatre of Iceland’s 2021 season.

Can you tell us about what you’re working on now/next? I have a few projects cooking at the moment; one is a short film about women’s reproductive rights. It astonishes me that this is a human right we’re still fighting for around the world, so I wanted to make a film that engaged with this issue. Some of my other film and theatre projects are currently on hold as a result of the pandemic, as is the case for a lot of artists at the moment, so I’m focusing on writing. I’m currently in the early stages of writing a new play set in an offshore detention centre; and I’m also developing some other screen projects.

What do you like to get up to when you’re not working?
I love going to see theatre with my partner and friends and having a good juicy discussion about the play afterwards. With theatres currently closed, so many wonderful productions are being released online, so that’s gone some way to satiating our appetites. At this time of year, I usually enjoy lovely long picnics with friends, or chilling one of my favourite haunts like Southbank, but with the lockdown I’m spending more time on my solitary hobbies. I love listening to music and draw a lot of inspiration from it (quite a lot of Hozier at the moment!) and reading. I recently finished Isabel Allende’s new novel ‘A Long Petal of the Sea’, which was incredibly compelling, and I would highly recommend. I’ve also enjoyed rereading some favourite plays; ‘Tiny Dynamite’ by Abi Morgan, and ‘The Effect’ by Lucy Prebble.

What are your top 3 films you recommend everyone should watch? Always such a tricky question!  A film I always go back to for inspiration is ‘The Piano’ by Jane Campion. There is a raw beauty to the film which I love (from the performances to cinematography and music), and it juxtaposes beauty and brutality in really interesting ways. I’ve seen it so many times and it still gets under my skin!  If you’re feeling like a Jane Campion watch-fest, I would also suggest ‘Bright Star’, and seeking out her short film ‘The Water Diary’, which is about the impact of drought on a rural Australian community; beautifully told through the eyes of children.

A few more recent films which absolutely swept me away when I saw them were ‘Portrait of a Lady on Fire’ by Céline Sciamma, ‘Cold War’ by Paweł Pawlikowski and ‘Roma’ by Alfonso Cuaron. All profoundly moving stories with exquisite filmmaking. I know I’ve snuck a few more than three in there, but I couldn’t help myself!

What words of advice would you give to young Androvians interested in writing or directing?Immerse yourself in storytelling of all kinds – inspiration can come from anywhere. Music, books, films.  If you want to be a playwright, read as many plays as you can. If you’re interested in screenwriting; seek out and read the screenplays of films you love. Ask yourself, what is it that makes me feel this way at this moment? Why does this move me, engage me, make me laugh? Find and tell the stories that are important to you, and don’t be afraid of redrafting.

If you are interested in directing, find opportunities to direct to practise; whether it’s doing short plays or films at uni or with friends. This really is your best training ground. Be open and adaptable on set or in the rehearsal room. Your working relationship with your actors will be different to the one you have with your cinematographer, so find ways to best enable the artists around you. If they feel able to express themselves freely, that’s when the magic happens!