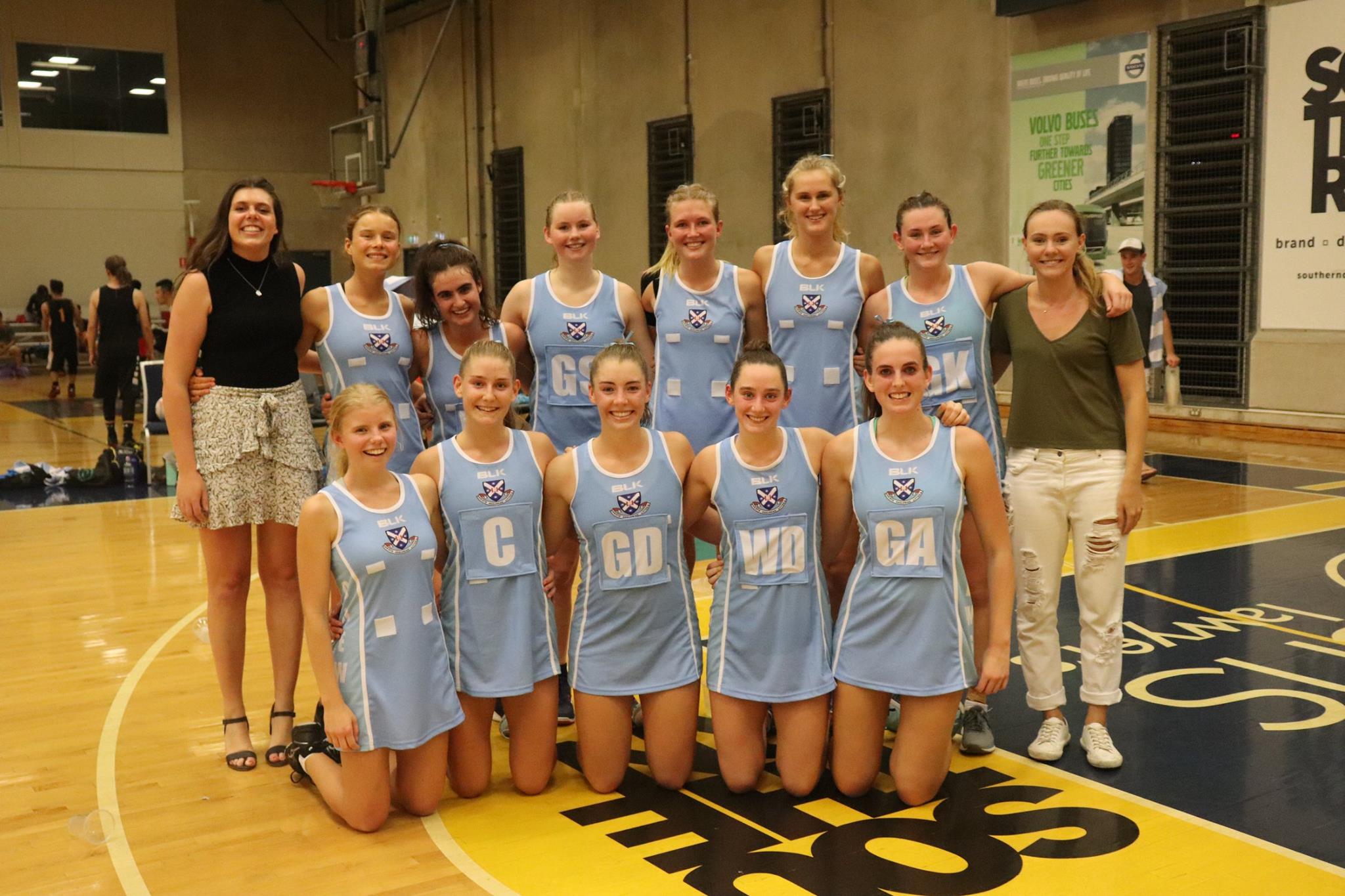 The netball season kicked off the 2019 Rosebowl campaign with four exciting and high-intensity games.

With the first game only four weeks into the Semester, training started immediately. This saw five new Freshers and seven returning students take to the Drews outdoor courts at 6am four mornings a week.

The season started with a Tuesday afternoon game against St John’s College. St John’s won the toss and managed a blistering start against the Drews team; three minutes in and the score saw St John’s with three goals and Drews with none. The surprise forced the Drews team to play at a higher pace and skill level. An adjustment in the team’s attitude and intensity saw a significant score line change. Although St John’s remained consistent and accurate, the first quarter finished 15-7 our way. The second quarter saw yet another lift within the Drews team. With a high level of skill and energy, and Elle Carroll (Fr 2017) in GS not missing a single shot, the team began to dominate. As a result of ‘pocket rocket’ Rosa Comi coming into Wing Attack, and Fr Jacqui Henville coming into Goal Attack, the attacking end of the court effortlessly built on the first half score, continuing the domination right through to the final buzzer, where the St John’s score was doubled by Drews (41-19).

Friday saw the clash between two of the strongest teams in the competition: St Andrew’s College and the Women’s College. With a rearrangement of the starting team seeing Fr Alice Litchfield starting in Centre and Fr Annie Miller creating speed and space in Wing Attack, the game was immediately fast-paced and dominated by the Drews team. Skilled feeding by the midcourt led Georgia Clark (Fr 2018) under the post and scoring before the Women’s College could register she had the ball. A strong defensive effort down the entire court flattened the our competitors’ attacking efforts, resulting in defenders Jemima McCalman (Fr 2018) and Fr Georgie Cottle picking stray balls left, right and centre.

Going into the Sancta game the team was confident in our abilities yet wary of being too relaxed. This attitude led to a strong first quarter, where the score sat at 16-3. Continuing the dominance, Goal Keeper Lily Paterson (Fr 2018) came on and picked off nearly every Sancta ball that sent into the circle. These turnovers were consistently converted by Harriet Naismith (Fr 2018) up in the shooting end. The final score was a cracking 60-20.

The final game against Wesley attracted the largest Drews crowd of the campaign, and that anyone in the team had ever seen. With a particularly strong shooting combination of height and accuracy shown by Wesley, Neive Roebuck (Fr 2017) and Zoë Haseler (Fr 2018) put exceptional pressure on the attacking combination, and forced Wesley to throw away plenty of balls (which our shooters converted). This strong combination down the court, and the rhythm we found in attack, resulted in the final score being 50-37.

The Drews Netball Team worked tremendously hard and committed to each other throughout the campaign, kick-starting what will be an impressive and exciting Rosebowl Campaign for 2019.