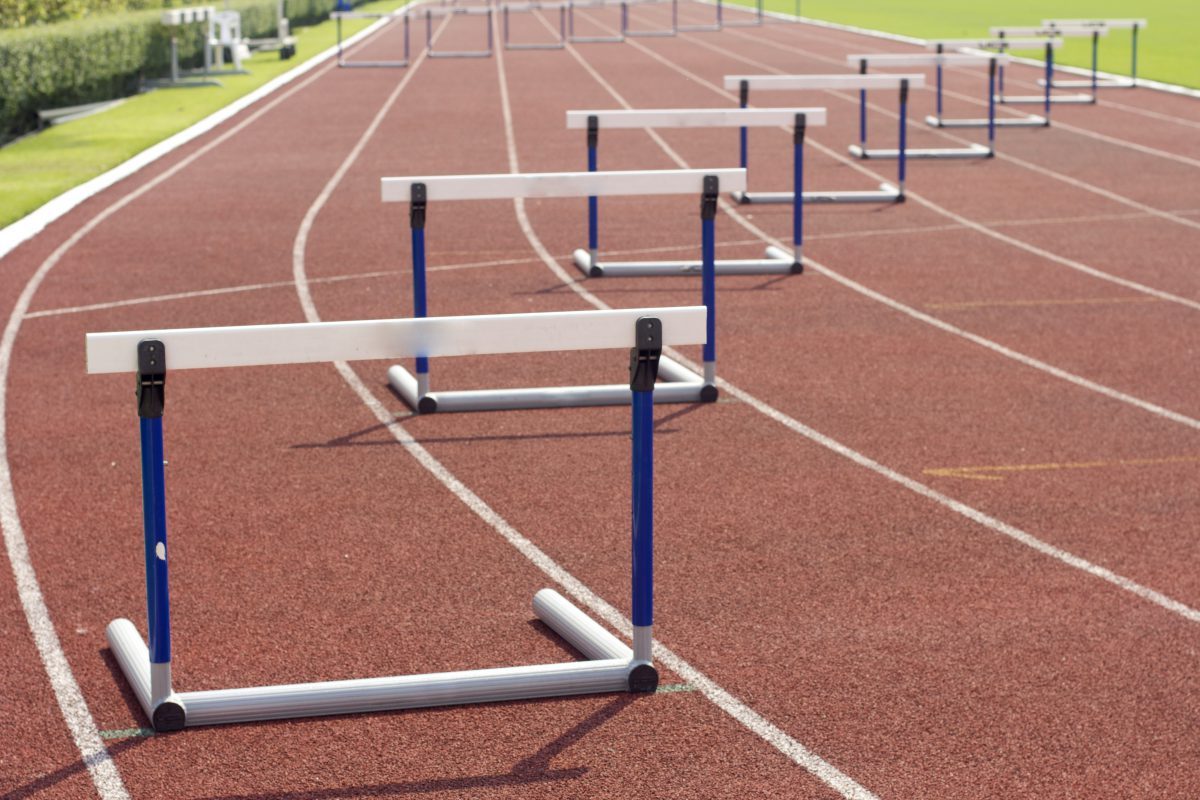 The Athletics championships were brought forward this year from their usual position at the end of the Intercol sporting calendar. The team adapted well, and after 8 weeks of training, was excited to contest the first Rawson sport of the Semester.

The first three events set the tone for what would be a very successful evening for Andrew’s. Beginning with the 110mh, Charlie Cassel (Fr 2018) and Dan O’Brien (Fr 2020) took 1st and 2nd respectively, in a dominant display of hurdling. At the same time, superstar fresher Connor Murphy won the first of several events, jumping 14.90m in the triple jump. He was well supported by Jasper Gotterson (Fr 2018), who took 3rd. Oscar Cheal (Fr 2020) and Hugo Hayman (Fr 2020) took care of business in the shot put, placing 2nd and 4th respectively.

The middle distance was always going to be tough for Andrew’s, having few recognised specialists in these events. A gutsy run in the 800 from Freddie Payne (Fr 2020) to take 3rd was a better than expected result, with Tom Galvin (Fr 2016) following in 5th. Hugh Gingell (Fr 2018) took 4th in the 1500m – not bad considering the race was delayed to allow him to warm-up! The 5km duo of Hamish Johnstone (Fr 2018) and Finn Ball (Fr 2020) both ran exceptionally, running minutes faster than their trial times to place 5th and 7th respectively.

In the field events, Andrew’s was equally dominant. Connor Murphy and Owen Hunt (Fr 2020) took 1st and 3rd in the high jump respectively, with Connor also getting the win in the long jump. Tom Galvin took 3rd in the long jump, meaning Andrews placed 1st and 3rd in each of the three jumps. Tom Galvin and Charlie Cassell showed great versatility to also place 1st and 2nd in the javelin respectively. Louis Corker (Fr 2019) took 4th in the discus followed by Micah Papalii-Talanai (Fr 2020) in 6th.

By the time the relays arrived, Andrew’s was well clear of the competition and barring two disqualifications, looked likely to take the win. The 4 x 100m quartet of Jasper Gotterson, Connor Murphy, Tom Galvin, and Rohan Browning showed no complacency, winning comfortably by over a second. The final event of the night was the 4 x 400m, and the team was eager to make amends for a close 2nd the previous year. The decision was made to run fifth-year duo Rohan Browning and Tom Galvin for the last time ever, and it proved successful. Louis Corker ran a solid leg that left Tom in a good place to challenge Paul’s – he responded and handed it to Monty Hannaford in close second. Running his second 400 of the night, Monty left Rohan with some work to do, setting the scene for an exciting finish. Rohan waited until the third hundred before turning on the jets and leaving Paul’s in his wake. It was a fitting finish to a great Rawson Athletics career and successful night of competition for the team.