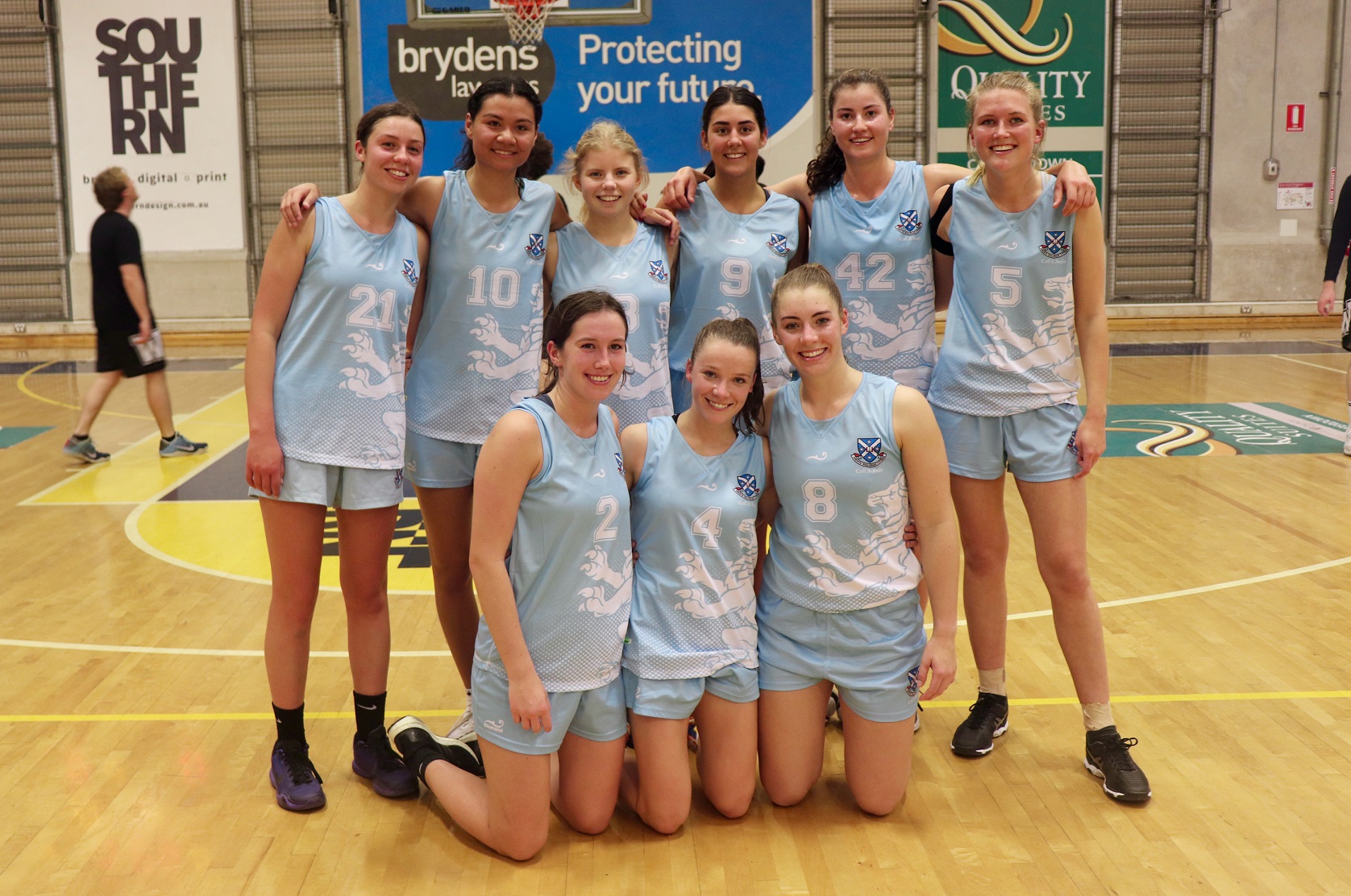 The 2019 Rosebowl Basketball campaign started off extremely well for our Androvians, with a dominant 55-39 win over Women’s College. Basketball secretary Cicely Larson had an abundant pool of talent to choose from this year, and she had made sure that the people on the court were the best of the best. Strong performances from Neive Roebuck and fR Imogen Johnson saw that the Women’s crowd maintained relative silence, as they continued to bump up the scoreboard in favour of the blue and white. fR Lily McGregor also showed up to prove that basketball talent runs in the family, dominating defensively and keeping Women’s possession to a minimum. This victory lead the team to its next fixture against St John’s.

The Androvians took to the court in the same fashion they had previously, with steely determination led by Cicely Larson. As the game progressed, it was clear that St John’s weren’t going to go down quietly – fortunate for Dyone Bettega, who was up for the challenge defending the basket. After many tried and failed attempts to score from John’s, the Androvians put on a clinic and pushed the scoreboard over to their favour, leading to a final score of 61-50.

The Sancta game followed, and this was to be the closest game that Andrew’s played in the Rosebowl campaign. With score lines such as 73-39 against John’s, Sancta looked to be a spanner in the works however St Andrew’s had their trump card, Elle Carroll. Returning from a persisting injury, Elle took no time to get back into the swing of things, being absolutely everywhere on the court. With particular help from Maykooth Farrawell and Annabel Martin, the Androvians continued their win streak as the game closed out at 65-57, leading to the final against the Wesley College.

With the Rawson team going down to Wesley the night before, the Rosebowl team were looking to put on a show to hush the Wesley crowd, and they achieved that in spectacular fashion. The final game was a culmination of all the hard work they had put in, as they worked off each other and created opportunities left, right and centre. The Wesley team were no pushover, keeping in the fight until the final 3 minutes of the 4th quarter. As the bell sounded though, the scoreboard read Andrew’s 51 – Wesley 41, meaning the Rosebowl team had claimed victory in the Basketball for 2019. Huge congratulations must go to the team, who I’m sure will celebrate the win most accordingly at our next Victory Dinner.