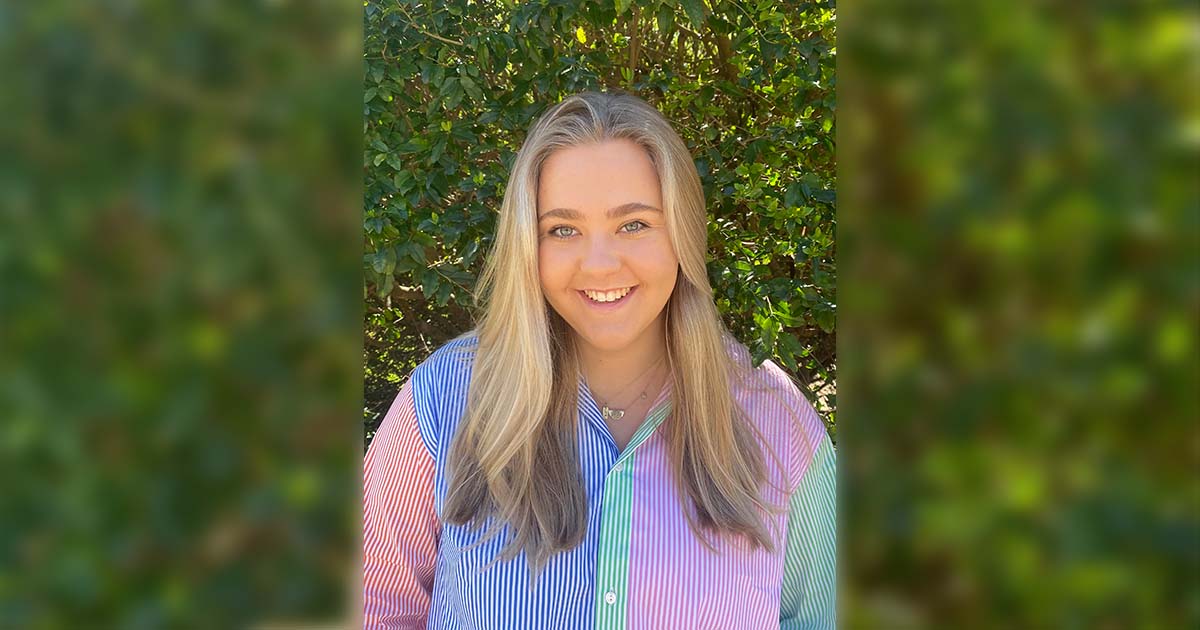 Ruby started at St Andrew’s in 2016 and went on to become the Cultural Representative on the St Andrew’s House Committee in 2018. Since leaving College she has founded Womn-Kind, a social enterprise supporting the well-being of young women. She shared with us her insights on leadership, mental health and talked of memories from her time at College.

I grew up on a farm near Wagga Wagga where my mum ran Belisi Farmstay and Belisi Wellbeing and Equestrian Centre and my dad operated a travel agency until COVID-19 saw the business close almost overnight.

I was an only child until I was eight when my sister Nina was born and three years later my brother Clive entered our family. I went to school at South Wagga Public School and started high school at The Riverina Anglican College before becoming a boarder at Ascham School in Year 10.

What were your favourite memories and what parts of College life were you involved in?

I absolutely loved my time at College – even more than I had anticipated. Each year spent at College brings back so many different and special memories – filled with a whole lot of laughing, fun, growth and the occasional sore head, of course. Every year at College somehow got better – the gift that kept on giving!

While I loved all three years, I would say my fondest memories were from my third year as a mentor in O-Week, being the Cultural Rep on the House Committee and living in ‘9 hunge’ with such a great group of friends.

The comradery at Drew’s was like nothing I had experienced before and is still something that I’m in awe of. The ‘one in, all in’ attitude that presented at every sports game, every Palladian performance and every social event made even the dullest of days (for which there were very few) something to really enjoy.

How has St Andrew’s influenced your life after College (if it has)?

My involvement at Drew’s as a Pastoral Care Leader and mentor was my first real taste of the power of peer-to-peer mentoring. In this way, my time at College has definitely influenced my career thus far having founded Womn-Kind in 2020.

My time management skills and ability to multitask were definitely put to the test at College and I would say that I developed a lot of valuable skills during my time there.

While you were at College you produced Dramsoc for three years. What were the best parts about being involved in the production? And how did you manage to balance university and extracurricular activities?

I arrived at College having no previous experience in productions and ended up being the Dramsoc producer for three consecutive years. I was definitely thrown in the deep end when I was recruited as a Fresher to be the producer but I’m so grateful to have had the opportunity as I loved the challenge and thrill each year. The opportunity that college presents – to be involved in such a wide range of things – is something that I really cherished. Each year I gained a bit more courage in the role – creating a double-story set, hosting the inaugural grandparents high tea and increasing the number of people on the crew so that more people could get a taste of the fun. It was always the biggest reward to watch everything (well most things) come together on opening night knowing just how much effort the cast and crew had put into it.

At the time I rarely felt like I had too much on despite studying full time, working part time, doing an internship part time and being involved within various College positions but when I think about it, it was quite a bit. I loved staying busy and thrived in the fast-paced environment that Drew’s offers and would tell anyone at College to say yes to everything that presents itself to you while you’re there because you will gain such valuable insight into yourself and the world when you’re trying new things and stepping out of your comfort zone.

In 2020 you founded Womn-Kind which is a social enterprise supporting the well-being of teenage girls. Could you tell us a bit more about Womn-Kind and its mission?  What inspired you to start the organisation?

Having spent three years as a boarder before another three years at College, I left realising just how valuable of a resource girls leading girls and young people leading young people were in my journey and that of so many others. It became rather obvious through conversations with peers that as a generation we sometimes feel isolated from each other by the very feelings and experiences we have in common so I decided to create an organisation in the hope that we would work towards closing the gap in effective mental health education and support for pre-teen and teenage girls in the contemporary world.

My intention for Womn-Kind was to shift the stigma around mental health by promoting the fact that everyone has mental health and the need to engage in mental health promoting conversations and activities shouldn’t change with the presence or absence of mental illness.

Where would you like to take Womn-Kind in the future?

2022 is going to be a big year for Womn-Kind as we focus on utilising technology to transform the way that young people access mental health support and can become involved in healthy and inclusive communities online. We are currently developing an app, which will provide relatable, non-judgemental and professional support to girls in a largely preventative approach to combat the mental health crisis that Australia’s youth are currently facing. Creating an app will ensure that girls living in regional and remote Australia will have the same access to support as their metropolitan peers and that girls can engage in the right support, at the right time, all the time.

My hopes for the future of Womn-Kind are that as an organisation we continue to evolve according to the ever-changing needs and challenges of adolescent girls and that young people continue to be at the heart of all that we do.

What are you reading/watching or listening to at the moment that you’d recommend?

I’ve got 6 books on the go at the moment, which is a bit ridiculous, I know. My favourites at the moment are Shoe Dog by Phil Knight, 101 Essays That Will Change The Way You Think by Brianna Wiest and Untamed by Glennon Doyle. I highly recommend all of these books.

It was pretty empowering to be the part of the 2016 House Committee with the first all-female executive so I was very excited to learn that there is another all-female exec in 2022!

From the beginning, there was no doubt in the ability of our three female leaders and their approach to leadership proved very successful during a transformative year for the college as we took on recommendations from the Broderick review. I believe it’s a very honest reflection of the inclusivity and progressiveness of Drew’s as an institution to boast an all-female executive team, which also means that every member of the community has a potentially shifted perspective on women in leadership roles within wider society.

My advice would be to keep an open mind when embracing change – believing in the decisions you’re making wholeheartedly will instill a strong sense of trust among members of the college. Having clear objectives and effective communication within the House Committee body will translate into your leadership style when addressing the college, which will work in your favour. Just enjoy every moment of the challenge and opportunity!