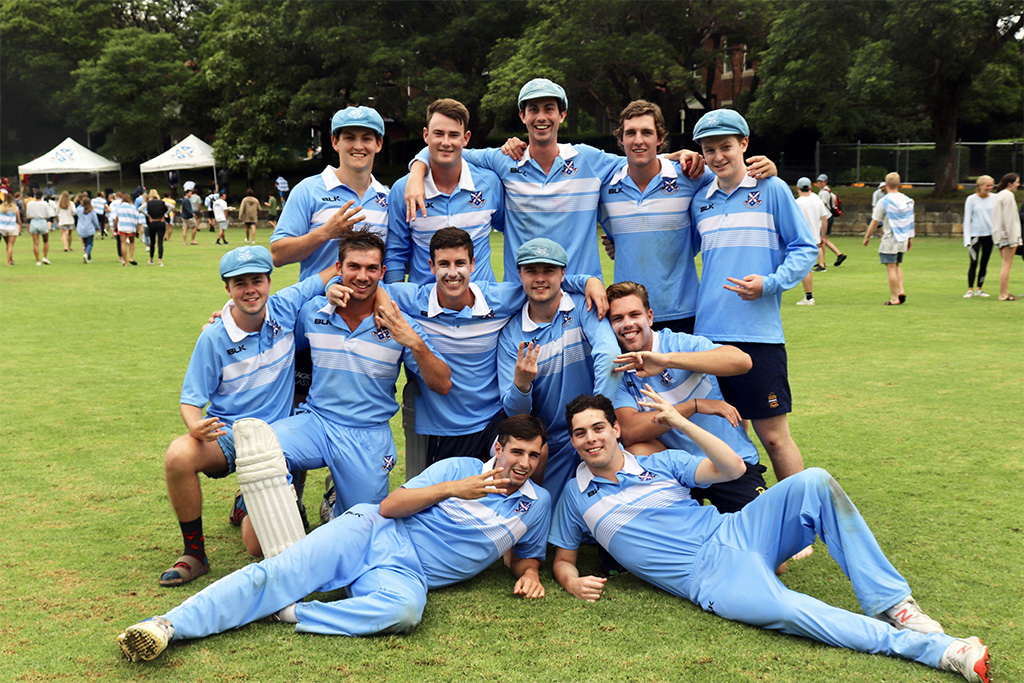 St Andrew’s takes the lead in the 2019 Rawson campaign

The cricket victory was a great start to the Rawson campaign.

Round 1 saw St Andrew’s take on St John’s on a warm Monday morning at the St Andrew’s College Oval. Although John’s won the toss, they elected to bowl. This proved to be a poor decision on their part, as the Drews boys went on to accrue a score of 5/404 from 50 overs. What can only be described as a blistering start from Tom Galvin (56 from 34 balls) set the platform for a 100-run partnership between Charlie Dummer and Elijah Eales. Charlie was dismissed for 56, which brought Charlie Cassell to the crease. He compiled a very fast 60, while Eales finished the innings on 152 not out. The John’s opening batsmen came out swinging, and it wasn’t until 40 runs into the innings that Charlie Cassell took the first wicket. This was closely followed by another two from Cassell and one from Eales at the other end. Tom Galvin and Ollie Holder contributed with three and two wickets respectively, while Jack Richards finished with one. Johns was bowled out for 100 runs, completing a very comprehensive victory.

Thursday morning saw Wesley College make their way to the Drews Oval after a very respectable (but unsuccessful) performance against Paul’s. Wesley won the toss and elected to bat on a very similar wicket to the St John’s game. Ryan O’Beirne struck early, leaving Wesley at 1/4. Charlie Cassell took one the following over as Ryan had another in quick succession. Wickets fell constantly for Wesley as Ollie Holder (4-26) and Elijah Eales (3-3) worked hard in the middle. Wesley was bowled out for 68 before the 25th over. Tom Galvin set the tone straight away in our batting innings with a 6 in the first over. Andrew’s won the match in the 10th over.

Going into the St Paul’s game, both teams were fairly nervous – the toss, in this instance, was crucial. Ollie Holder won and elected to bowl. Drews bowled very well to restrict St Paul’s to 97. Tom Galvin bowled incredibly to finish with figures of 4-19 off 10. The rest of the wickets were shared by O’Beirne (3), Holder (1) and Eales (2). Due to the rain, both teams were coming on and off at the discretion of the umpires, but after a period of waiting, the Drews men came out to bat and dominated from the start, with Tom Galvin once again, hitting a half-century in a short space of time. Liam Hughes also batted very well in difficult conditions for a well-made 30. Strong batting secured the victory for Andrew’s.

This exceptional performance from the Drews cricket team has paved the way for a fierce 2019 Rawson campaign.