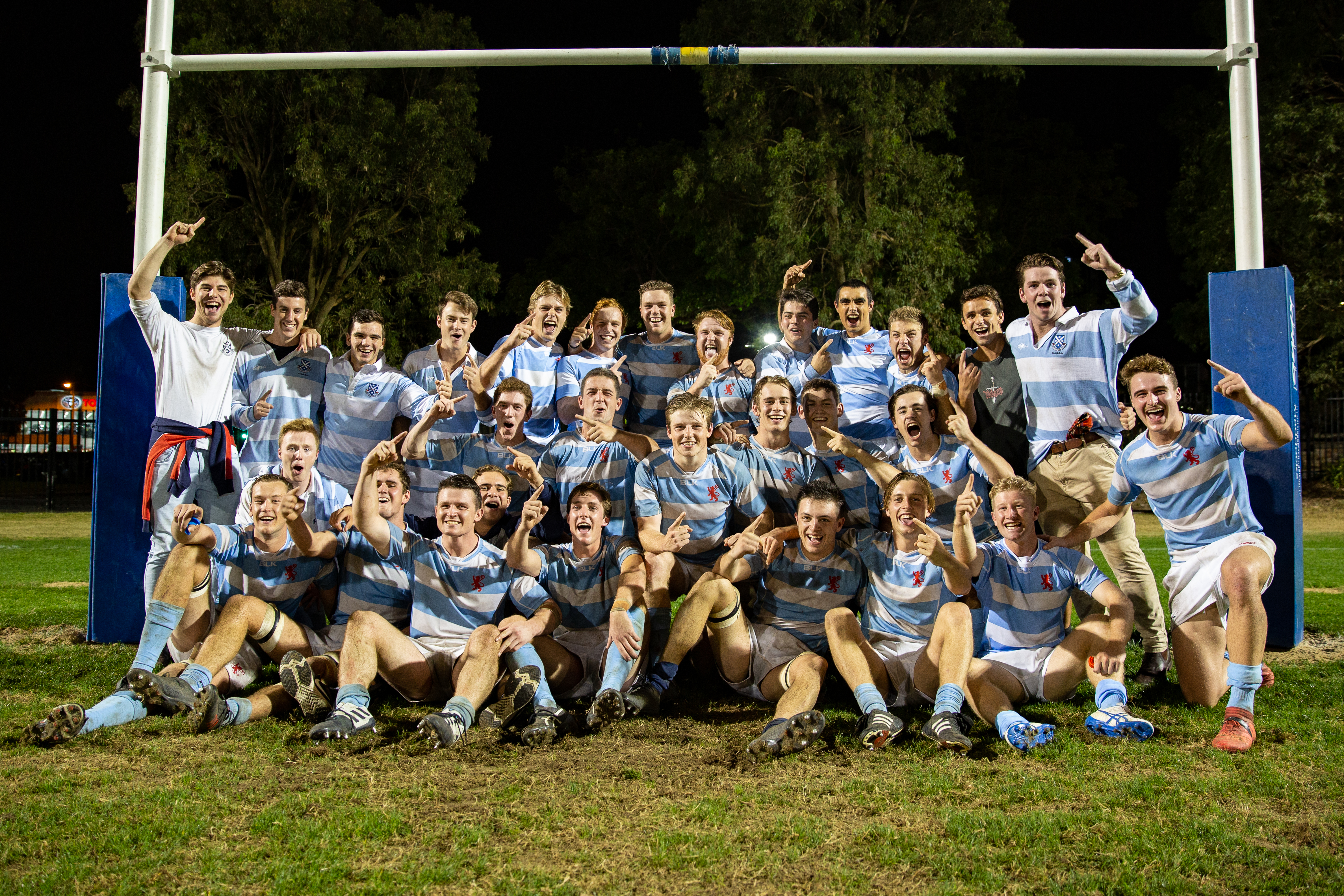 The first game of the campaign saw the Andrewsmen take on Wesley College on home soil at the St Andrew’s College Oval. Being the first game the new team had played together, it took the early part of the first half for the nerves to calm and the structures to come to fruition. Good partnership in the backline from Freshers Vincent Creagh and Harry Wilson challenged the Wesley defence; fellow Fresher Digby Cooke bagged his first ever try in the blue and white jersey. After this point, the St. Andrew’s men began to play ‘free-flowing footy’ that saw many more tries like this to follow. The forward pack lead by the captain, Fergus Bragg (Fr 2017) showed dominance in set piece, with resident tall timber, Jock McGregor (Fr 2018) becoming a nightmare to the Wesley line out. Head coach, Nick Ryan’s efforts with the backline was evident, as the ball looked slick through the hands all game, resulting with a multitude of tries for the outside backs.

After a week of further training and consolidation of skills, the men took on St John’s College on the St Paul’s oval. The game progressed in similar fashion to the Wesley game, with the early minutes resembling something of an arm-wrestle to see which team would cave first. After building pressure, S Andrew’s managed to bust over the line with a dominant run by John Downes (Fr 2018) to start off the scoreboard. Once the men were in motion, the tries began to roll in frequently. Rugby Secretary, Tom Woodcock (Fr 2018) had a field day with the boot, converting 8 tries and also setting himself up nicely with a ‘chip and chase’ to dash the spirits of the Johnsmen. At half-time, Assistant Head Coach George Lehmann encouraged the forwards to attack the set piece whilst Assistant to the Assistant Head Coach Tom Molloy noted weakness at the sides of the John’s defence. This information paid off with a pushover tight-head scrum, leading to a full length try down the wing by Fresher Ben Stewart.

The final of the campaign took place under the lights of the Sydney University Oval no. 2, with a packed out grandstand and a palpable atmosphere. These two teams had taken to the field in the Rugby final since 2016, with St Paul’s being victorious in both 2017 and 2018. The St Andrew’s team were keen to win back the Rawson Rugby title and there was no better night to do it. The game started off with huge physicality, as resident enforcers Angus Allen (Fr 2018) and Ollie Harvison (Fr 2018) threw their bodies into the game in an effort to nullify the St. Paul’s offence. There was a lot of to-and-fro as the nighttime dew made the ball difficult to catch; the forwards had a lot of work to do in set piece against a very strong Paul’s pack. The scrum was fairly evenly matched, but it was in the line-out that the Andrewsmen began to unhinge the attack of the Paulines. With stolen ball in the air, the backs were able to pin the ball down into the opposition 22, and from there build pressure to convert it into some points. Drews continued to attack the line, but to no avail as the half-time bell sounded and the score still sat at 0-0.

After a quick squirt of water and re-affirming words from Nick Ryan and Wayne Erickson, the men took the field to start the second half. Play seemed to follow suit of the first half, locked in a dog- fight as each team battered the other, until a midfield penalty from 30 metres out saw Fresher Harry Wilson line up a shot at goal and successfully add 3 points to the Drews tally, bringing the score to 3-0. This turn seemed to have lit a fire within the men, as increased defensive efforts and more intense attacks caused the Paulines to show cracks in their game, leading to a barnstorming try from Ryan O’Beirne down the left side of the field, outplaying the opposition winger. Score was now 8-0. In the late stages of the second half, a lapse in concentration lead to the Paulines centre crashing over for a converted try, putting pressure on the Drewsmen as the score line reached 8-7.

Within the final 10 minutes of the 2019 rugby campaign, after a dominant kick-off leading to a turnover, the structure of the St Andrew’s team created holes in the St Paul’s defence. However it came down to the boot of Fr Harry Wilson once again, who noticed try-scorer, Ryan O’Beirne unmarked on his wing. With a cross-field kick from Wilson, O’Beirne caught the ball and hit the legs, gunning for the left corner once more, but not before his opposing Pauline winger had caught up to him. With less than 5 minutes to go, O’Beirne fended the Pauline winger, darting left, leading to his second and final try of the night. Wilson converted the goal, leading to the scoreline of 15-7, out of range of a Pauline comeback in the dying minutes of the game. Winding the clock down, the Drewsmen played to their own tune, and eventually the siren sounded. St Andrew’s had reclaimed the Rawson Rugby title for 2019.

Thank you to our alumni, family, current students and friends who came out to support the St Andrew’s Rugby team on what was “the most important game of footy I’ll ever play in my life” according to current Senior Student Jack Mackenzie-Wood. Your support does not go unnoticed, and it truly means a lot to the players to have an army of blue and white in their corner.

Special mention and thanks must also go to the coaching staff of Nick Ryan, Wayne Erickson, George Lehmann and Tom Molloy who put in the hours of work that enabled the team to pull off what they did. As a third-year player myself, and having not won a Rawson Rugby campaign since my time in College, it makes it so much sweeter to finally bring the trophy back into the sandstone walls of St Andrew’s College, and I know the teams of the future will ensure that it stays here. 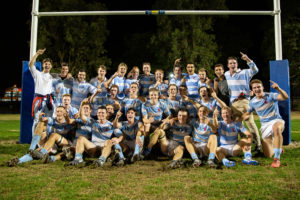