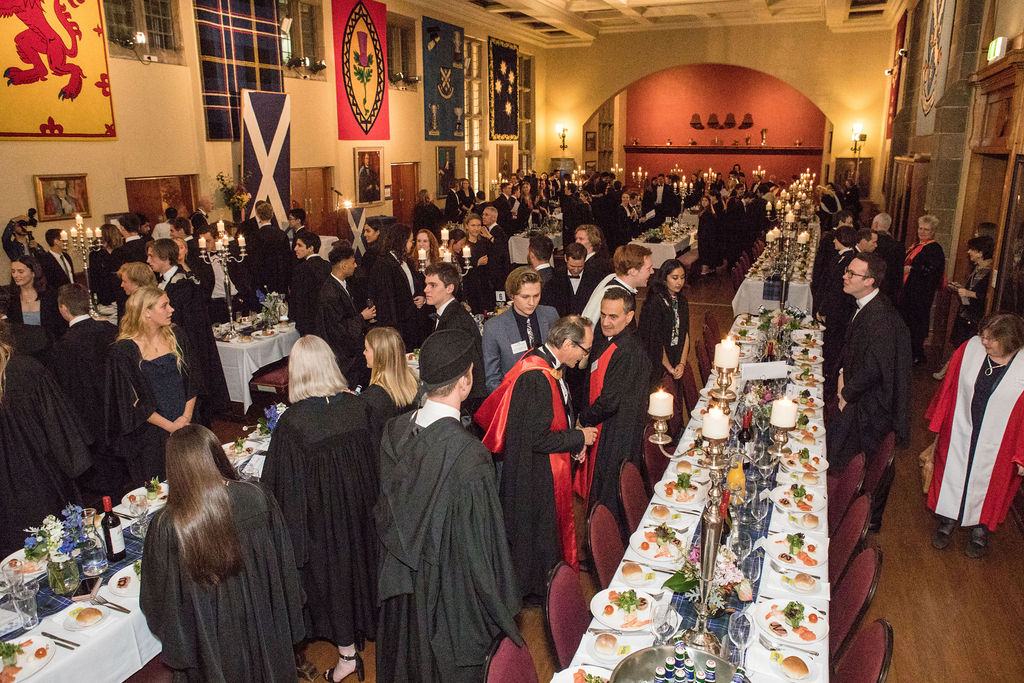 As in previous years, the 2019 University and Schools Dinner was a warm celebration of the special relationship between St Andrew’s and the University. The spirit of intellectual and cultural collaboration was carried on along an extended High Table which ran the full length of the Hall to accommodate the scores of professors and academics who joined the College. “Grads and undergrads and fellows, gaudy profs in reds and yellows” all took the opportunity to enjoy a superb collegiate meal and the inevitably elevated conversation which happens when one breaks bread in our Dining Hall.

The warmth of individual conversations was echoed in the formal addresses. The Chancellor of Sydney University and Visitor at the College, Belinda Hutchinson, spoke of her respect for the colleges and congratulated the students of St Andrew’s on their recent sporting triumphs in Rawson and especially in Rosebowl, all the while achieving exemplary results at the University. The tradition of the scholar-athlete remains strong indeed.

Ms Hutchinson went on to reflect on the quality of student experience in a modern university and the community spirit at St Andrew’s. ‘When we have done our research,’ said the Chancellor, ‘it has shown that the colleges are really good at developing a sense of belonging.’ She went on, ‘the University is looking at how to replicate the sense of belonging at the colleges.’

In the toast to the University, the Principal, Wayne Erickson, congratulated the Chancellor on raising over a billion dollars through the ‘Inspire’ campaign. More than financial success, however, Mr Erickson spoke about the necessity of a rich, collegiate student life.

It was particularly significant, therefore, that the College and University was gathered to celebrate an unprecedented year of academic success in Andrew’s. Among our twelve Honours students in 2018, two took University Medals and eleven achieved first class. Androvians also took a further 48 University Prizes and Awards, while 26 achieved High Distinction averages and 117 maintained Distinction averages. With 48% of the College averaging marks above 75, St Andrew’s is in the van of University students.

The St Andrew’s College Medal, the highest academic honour for a student who completes 144 credit points with the highest average, was taken by fourth year science and engineering student, Dominic Albertson. Dominic, from Mackay in Queensland, is studying Space Engineering, Mathematics and Physics, and has won a swag of awards for academic excellence from the University. This year, he spent three months in Toulouse at the French Institute of Aeronautics and Space. Our warmest congratulations go to Dominic.

The Caledonian idiom of bagpipes, the Haggis, and an Address to that ‘chieftain of the pudding race’ (incanted in guttural tones by Michael Sligo) made the night one to remember. The evening was also graced with the majestic music of the St Andrew’s Pipes and Drums, the String Ensemble and the Jazz Ensemble to which the College has become accustomed. 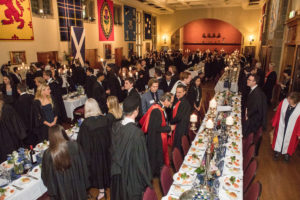