Home / Very Quick and With Excitement – Piano Trio No.1

Very Quick and With Excitement – Piano Trio No.1

In the sandstone Chapel of St Andrew’s College on a Sunday in October, three musicians performed a unique arrangement of the first movement (Molto Allegro ed Agitato) of Mendelssohn’s Piano Trio no.1 in D minor. Pianist Neon Fan (Fr 2020), violinist Ariana Ricci (Fr 2020) and double bassist Adrian Whitehall (Fr 2016) were the elite musicians bringing this piece to life. We sat down with Ben Adler, Head of Musicology at St Andrew’s, to chat about the production.

Ben’s passion and dedication alongside student interest in further music development led to the genesis of his collaboration with the College’s top chamber musicians in 2019. It began during his time as Artist in Residence at St Andrew’s, and was fuelled by his background as a violinist in the Australian Chamber Orchestra and other chamber ensembles. The history of this particular piano trio began with preparation for the Palladian instrumental ensemble in 2020. Pianist Neon and violinist Ariana were joined by Angela Shin (Fr 2020) on cello. Following the success at the 2020 Palladian and Angela’s departure from Drew’s , Adrian joined the group.

Mendelssohn was chosen for the winning Palladian performance in 2021 – this composer brought success to St Andrew’s the previous year, but the selection was ultimately made because the music was compelling and passionate for performers and audience alike. The complex task then began to transcribe the piece from a cello register to that of the double bass, as well as condensing the 10 minute movement to six making it a unique arrangement.

Taken in one sweeping shot, the video recording was done completely live; this is unusual in the world of music, where performances are normally shot with a fixed camera as seen in classical pieces, or the audio is pre-recorded, as seen in other genres. The group did seven takes during the filming session, performing at a professional standard each time.

“I’m really proud … the students performed incredibly well. We chose the take where they had the most synergy and emotional conviction,” Ben says.

To get three people playing with the same heart is, I’d say, the end result of a successful musical career. For them to be able to achieve that in their early 20s is strong testament to their talents and hard work.

He additionally gave high praise to Enrico Lerda (Long Story Short Film Productions) with whom they collaborated on the video. The motions of the camera were choreographed by Ben, enacted by Lerda and linked to the movement of the music.

It has been a successful few years for music at College. With the work of the piano trio, St Andrew’s has now received the top two placings in the Palladian instrumental ensemble for two years in a row; second place each year gained by the Chamber Ensemble, affectionately known as ‘Chemble’, and the Jazz Band in 2020.

This video is a testimony to these students and demonstrates their achievements and contribution to St Andrew’s College. However, not only does it exemplify their talent, but also the development of elite chamber music making over a two-year period when it has moved from passion projects by talented Androvians to production at a professional standard.

As Head of Musicology, Ben feels this video is critical; it is an indication of the calibre of music produced and its place in the College’s 21st Century cultural identity. “As a musician, you will be well looked after at Drew’s,” he noted. The string program at St Andrew’s is unique, and music has always been participatory. “Whether you are a high level musician or someone who just wants to jam with friends because you played in high school, there’s a place to play at College. This bodes well for a very exciting future for elite chamber music at St Andrew’s,” Ben says. 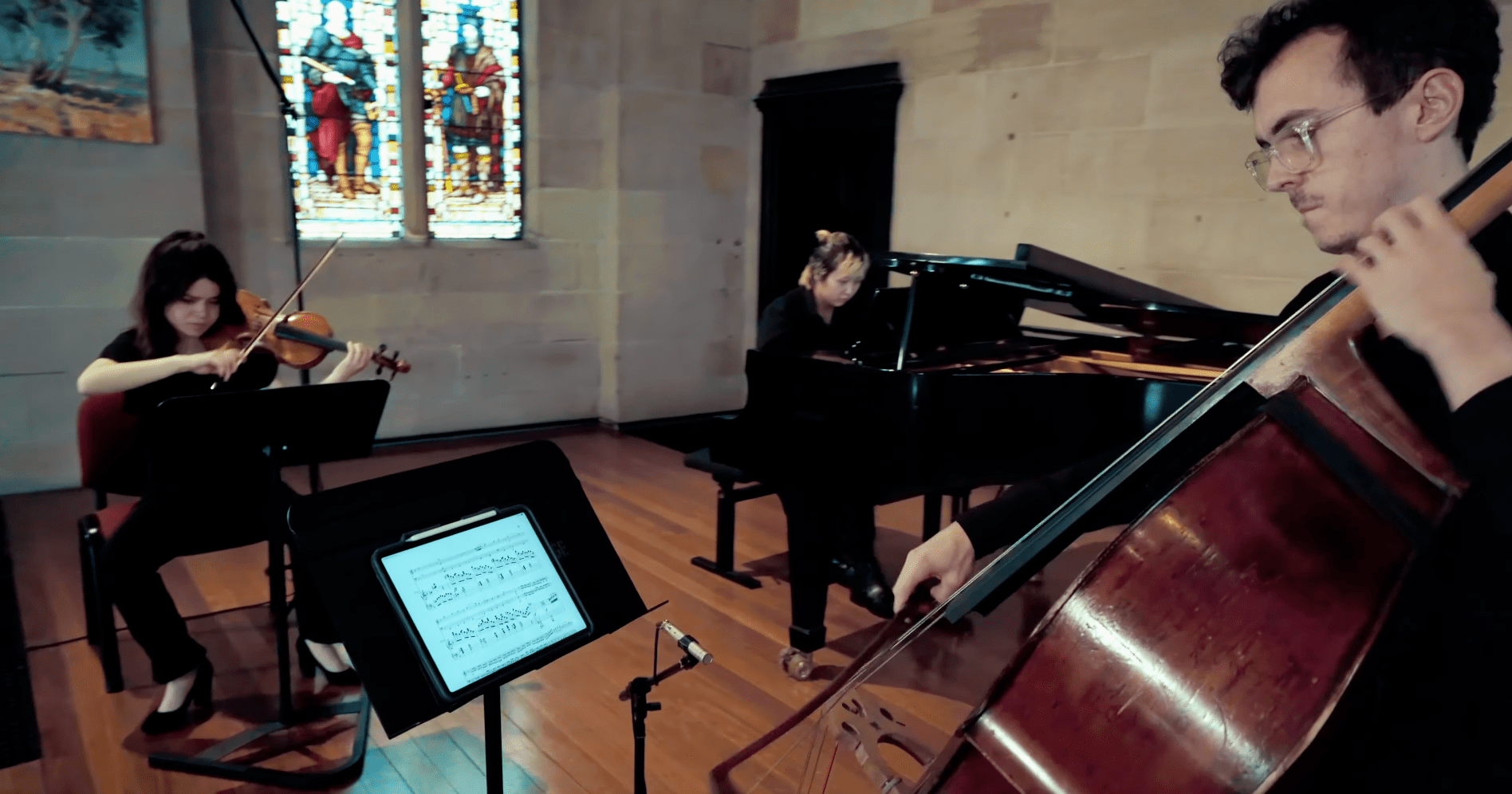