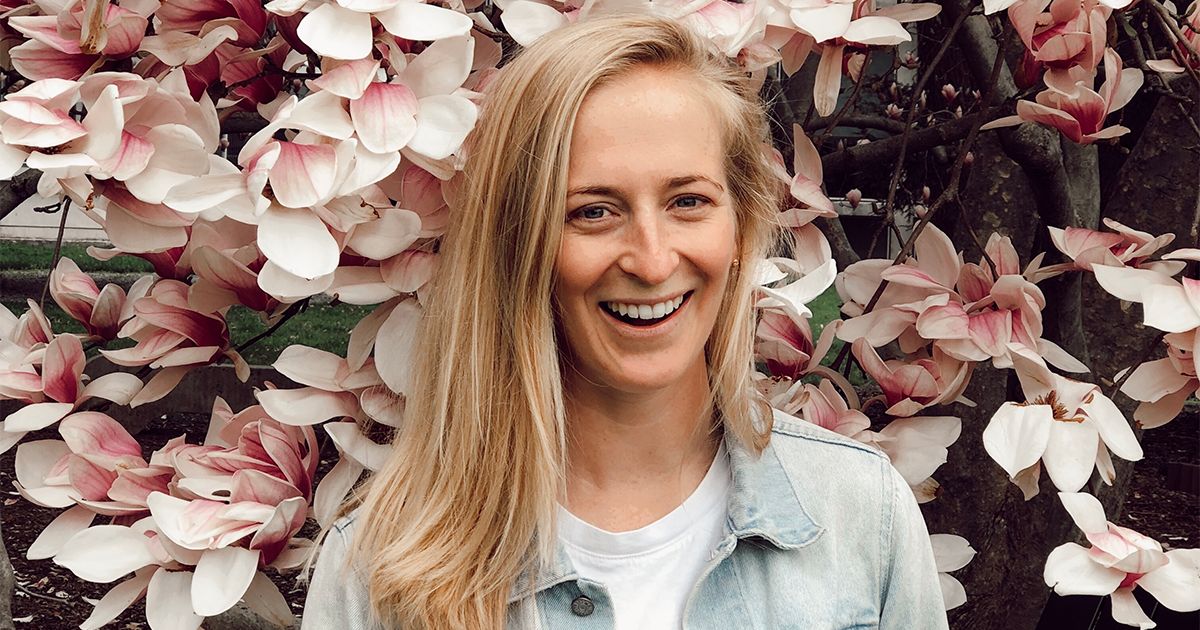 Iona Main (Fr 2010) is the Political and Government Affairs Adviser, Australian Consulate-General, New York. Prior to working in the US, Iona spent four years at the Department of the Prime Minister and Cabinet in Canberra, during which time she participated in exciting official events and summits around the world. She shares with us what motivated her to work in the public sector, gives us insight into her work in diplomacy and offers some advice for those who aspire to study or work overseas.

I was born in Paris, but mostly grew up in Sydney and went to North Sydney Girls’ High School.

When I left school, I had never heard of college and didn’t know anyone who had lived at one. During my gap year, friends who had gone straight to university but were still living with their parents told me how fun college seemed and suggested that I apply! I knew moving back home after a year of backpacking around the world wasn’t going to cut it for me, so Drew’s seemed like a perfect way to have new experiences while at uni.

I didn’t take on any leadership roles at College – I was more of a ‘joiner’ and mostly got into the social side of things. I was a B-lane swimmer, a frequent but hopeless tennis court regular and an occasional chamber music cellist – we can’t all be heroes!

What led you to pursue a career in the public sector and particularly in international relations?

It might sound cliché, but I have always been motivated to leave a positive mark on the world and I also like feeling that my work is important! At uni, I decided on a whim to study Indonesian and fully exploited the Drew’s tutorial program (which gave me a one-on-one tutor, an incredible arrangement that may have changed by now!) and later spent a year on exchange in Indonesia. Through that fun but challenging experience, I grew interested in Australia’s international relationships – the good, the bad and the ugly – and felt I could have a positive impact on them.

Could you elaborate on your role and the different projects you worked on while you worked at the Department of the Prime Minister and Cabinet, first as a graduate and then as a foreign policy adviser?

In the International Division, we were responsible for the Prime Minister’s international engagement through meetings with other leaders, official trips overseas and participation in summits like the G20. I wrote briefs advising the PM what topics to discuss, and the policy and protocol details for those meetings. For a year, I was part of the team that planned and delivered the ASEAN-Australia Special Summit, which was the first gathering of the Australian PM and their Southeast Asian counterparts ever hosted on Australian soil. Another highlight was attending the APEC Summit in Papua New Guinea, where I got to travel in a RAAF plane with ten Pacific Island leaders and we got a fighter jet escort into Port Moresby!

What were your motivations for going on to study a Master in Public Affairs at Princeton?

After four amazing years at the Prime Minister’s department and a surprisingly fun time living in Canberra, I decided it was time for the next adventure. Regressing to being a student again and taking time to learn something new seemed like a perfect way to see out my twenties. Princeton was kind enough to give me a big scholarship, so it was the obvious choice.

Could you tell us a bit more about what you do in your current role as the Political and Government Affairs Advisor at the Australian Consulate-General in New York?

Graduating from Princeton, I was really keen to stay on in the US as the pandemic had taken away many of my opportunities to explore the country. Joining the Australian Consulate-General in New York has been an incredible chance to be on the ‘front side’ of diplomacy: connecting with people, building networks and reporting on policy and political issues relevant to Australia. In September, we hosted Australia’s Prime Minister, Foreign Minister and Defence Minister in New York all at once, which was crazy but fun – President Biden was coincidentally staying in the same hotel and it was very cool to see the Secret Service in action and up close.

What is it like living and working in the United States? What are the key differences for you compared to Australia?

I love it. I am lucky to have both American and Australian friends here, and overall our two countries aren’t all that different. My experience in Princeton and New York City is only a narrow glimpse into the culture here, but I have found Americans to be more politically correct than Australians, and sometimes less forthcoming in sharing their true thoughts on things. My boyfriend is from Darwin, so I always assumed Americans would find his accent harder to understand, but it turns out I use a lot of expressions when I talk and they often don’t translate!

Do you have any advice for people looking to move overseas? Are there any key tips or steps people should take before making the move?

Now is 100% the time to do it – the world is back in action and ready to explore as soon as Australia’s borders open! If you’re considering studying overseas, definitely investigate what scholarships are available as there are lots of sources of funding once you know where to look. And don’t underestimate the value of loose connections as you hunt for jobs and get set up in a new country – I’ve found the Drew’s and broader University of Sydney networks really helpful.

What are you reading, watching or listening to at the moment that you’d recommend?

I read a lot and am currently loving How to Hide an Empire by Daniel Immerwahr. It’s about how America came to be so dominant through sneaky colonisation. It’s a nerdy foreign policy book, but I’m into it.

Do you have any words of advice to young Androvians thinking of pursuing a career in the public sector?

Canberra is a lot better than most people give it credit for, so don’t be put off! There are definitely public policy opportunities elsewhere, but Canberra is really the heart – think of it as basically a country town with a high concentration of smart, interesting people who want to do something impactful. Graduate programs are a great way to get a foot in the door straight out of uni and once you’re in the public service it’s quite easy to move into the areas that interest you most. I am so lucky to have been able to pursue my interest in international relations into a career in foreign policy, and while I don’t know what will come next it has been a great ride so far.