The Admiral Sir Harry Rawson Cup, commonly known as the ‘Rawson Cup’, was presented to the Sydney University Sports Union in 1906 and is the height of male intercollegiate sport. The Cup is contested throughout the year by men representing each of the colleges. Points are accumulated by competing in Cricket, Rowing, Swimming, Rugby, Tennis, Soccer, Basketball and Athletics.

St Andrew’s College boasts winning the Rawson Cup more frequently than all the other Colleges combined, including eleven years in a row.

The Rosebowl is the female intercollegiate sporting competition. Similar to the Rawson Cup, it is contested throughout over the year via Rowing, Swimming, Netball, Hockey, Tennis, Soccer, Basketball and Athletics.

The Cup has been a generous gift from St Andrew’s former Vice Principal, John Sergeant, and his wife, Jennifer.

St Andrew’s College also offers a comprehensive social sport program run by the Students’ Club. All students have access to sporting facilities, such as tennis courts, an oval, basketball courts and a gymnasium. 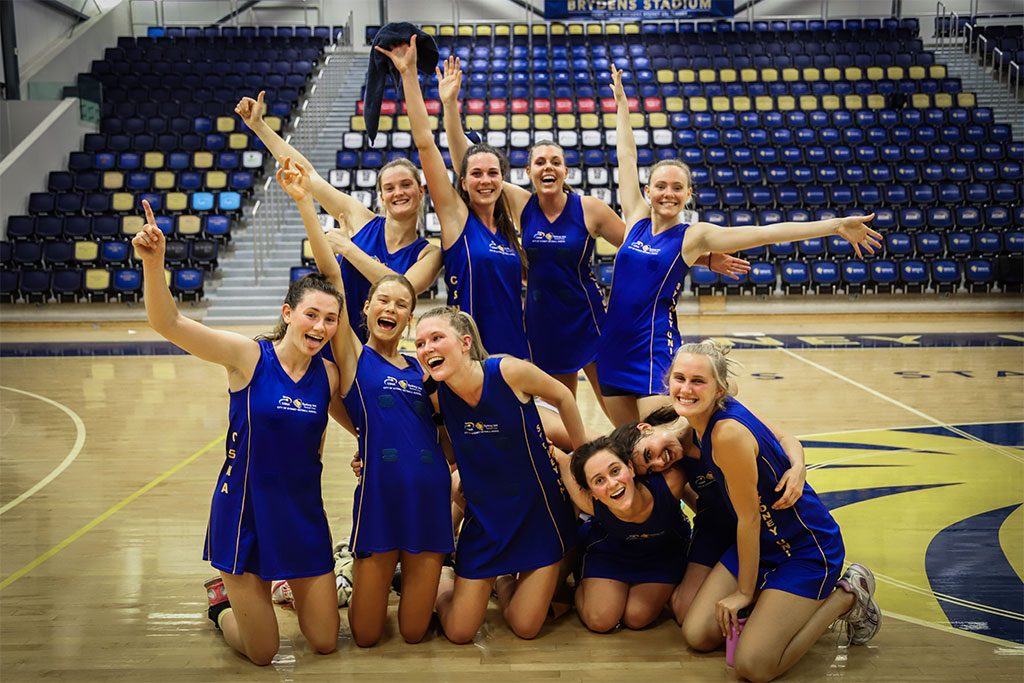 The Palladian Cup is the intercollegiate creative arts competition. It provides an annual opportunity for our talented creative and performing artists to represent our College and showcase their talent.

These highly entertaining events take place throughout the academic year and are also seen as a time for the host College to demonstrate their production and organisational skills, giving opportunities for many to become involved with the event management behind each Palladian event.

The Palladian Cup brings the intercollegiate community together to celebrate creative excellence.

St Andrew’s is proud to also host a variety of Creative Arts activities within College. There are a variety of ways in which to exert creative talent including DramSoc (an annual dramatic / musical performance organised by the Students’ Club), Choir, Jazz Band, Pipe and Drum Band, String Quartet, Concerts and Jam Nights.

Each year, St Andrew’s College students run a respite camp for the benefit of disabled children and their parents. Students undertake comprehensive training prior to facilitating the camp in order to successfully care for the children for the duration of the camp.

St Andrew’s College students are given an opportunity to serve hot meals to members of the community in need on a regular basis. The College’s partnership with the Newtown Mission has enabled an expansion of student volunteer opportunities over the last few years.

St Andrew’s College Chapel Choir and other instrumentalists within the College volunteer their musical talents at the Chris O’Brien Lifehouse, one of Australia’s leading cancer treatment and research institutions. Androvation is a ‘hackathon’ within College.  Students pitch to a panel of entrepreneurs in a bid to win a substantial sum of money. This money may be used to develop the winning team’s business proposition.

The Principal’s Prize for Poetry and Prose